CHOPPED AT HOME CHALLENGE PRESENTED BY DEL MONTE® OFFICIAL RULES A PURCHASE DOES NOT INCREASE YOUR CHANCES OF WINNING. OPEN TO LEGAL RESIDENTS OF THE 50 UNITED STATES AND D.C., 21 YEARS OF AGE OR OLDER. VOID IN MARYLAND, NORTH DAKOTA, PUERTO RICO AND WHERE PROHIBITED.

1. How to Enter: Beginning at 10:00:00 a.m. Eastern Time (“ET”) on October 2, 2017 until 5:00:00 p.m. ET on November 13, 2017 (the “Promotion Period”), you may enter the Chopped at Home Challenge Presented by Del Monte® (the “Promotion”) by visiting the Food Network website (www.foodnetwork.com/choppedchallenge) (the “Website”) and completing the online entry form and submitting a Submission (as defined below). All entries must be received by 5:00:00 p.m. ET on November 13, 2017 to be eligible. Each entry must also include entrant’s (“Entrant”) full name, age, address, phone number (including area code), and e-mail address. Sponsor will not verify receipt of entries.

All Submissions become the property of Sponsor and will not be returned. If you are selected as a prospective Grand Prize Winner, you will be required to execute and return releases and additional documentation supplied by Sponsor in accordance with Sponsor’s instructions or such prospective Grand Prize Winner will be disqualified. Incomplete and/or late Submissions will also be disqualified.
Completed Submissions that are created and received within the above-mentioned guidelines shall collectively be referred to herein as the “Eligible Entries”. Submissions that are not your original work and/or illegible or incomplete application forms will not be accepted. Sponsor reserves the right to reject any Submissions that it deems, in its sole discretion, to be unlawful or to violate any of the policies of Sponsor’s customary standards and practices.

The Submission must be consistent with the image and values of Sponsor and must not include: (a) any person other than yourself or any content that violates any third-party rights, including, but not limited to, copyrights or trademark rights or rights of publicity or privacy; (b) defamatory language; (c) threatening language; (d) language or content that is sexually explicit, obscene, or indecent; (e) language or content that promotes alcohol, tobacco, or drug use; or (f) any other language or content promotes bigotry, racism, hatred or harm against any group or individual or promotes discrimination based on race, sex, religion, nationality, disability, sexual orientation or age or that Sponsor determines is inappropriate and/or does not otherwise meet the Submission requirements.

Limit of one (1) entry per eligible person during the Promotion Period. If multiple entries are received, only the first entry will be accepted and additional entries will be disqualified. Multiple participants are not permitted to share the same email address. Any attempt by you to obtain more than one (1) entry by using multiple/different email addresses, identities, registrations or logins, or any other methods, may void your entries and you may be disqualified from the Promotion. Any use of robotic, repetitive, automatic, programmed or similar entry methods or agents (including, but not limited to, contest entry services) will void all entries by you. In the event of a dispute as to any online entry, the authorized account holder of the email address used to enter will be deemed to be the Entrant. The “authorized account holder” is the natural person assigned an email address by an Internet access provider, online service provider or other organization responsible for assigning email addresses for the domain associated with the submitted address. Potential winners may be required to show proof of being the authorized account holders.

Submissions will be posted to a public gallery within the Website (the “Gallery”). The Sponsor will review all submitted Submissions prior to such Submissions being published and reserves the right in its sole and absolute discretion to reject, disqualify and/or remove any Submission that violates these Official Rules without any notification or warning. Posting to the Gallery does not indicate the Submission has complied with the Official Rules. Sponsor reserves the right to post sample Photos it has created in connection with the Promotion on the Website. Sponsor does not guarantee the posting of any Submission. 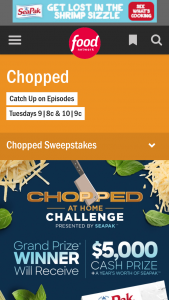