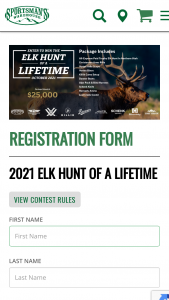 NO PURCHASE OR DONATION NECESSARY TO ENTER OR WIN. A PURCHASE WILL NOT ENHANCE YOUR CHANCES OF WINNING. Odds of winning depend on the number of eligible entries timely received by Sponsor. Promotion begins on April 1, 2021 and runs through July 31, 2021 (the Promotion Period ).

ELIGIBILITY. Open and offered only to persons who are legal residents of one of the fifty States comprising the United States of America and Washington, D.C, (excluding Florida, Rhode Island, Puerto Rico and U.S. Territories) who are 18 years of age or older when Promotion begins. Void where otherwise prohibited by law. Employees and directors of Sportsman’s Warehouse, Inc. (“Sponsor”) and its parent entities, subsidiaries and affiliated companies, advertising, promotion, or production agencies, Web masters and Web suppliers (and their respective IRS dependents, immediate family members and individuals residing in their same household) are not eligible to participate or receive a Prize. By participating or accepting a Prize, entrants agree to these Official Rules and the decisions of the Sponsor and waive any right to claim ambiguity in the Promotion or these Official Rules.

HOW TO ENTER. Eligible persons enter by completing an official entry form found at https://registration.sportsmans.com and submitting their entry as directed during the Promotion Period. Entries must be received no later than 11:59 PM on July 31, 2021. Any attempted e-mail or other entry method will be void. Any attempted entry after the Promotion Period will be void.

There is a limit of one (1) entry per person. All entries become Sponsor’s property and will not be returned or acknowledged. Your contact information will be shared with our promotion partners. Participants who attempt to enter multiple times will be disqualified. Sponsor, its respective parent companies, affiliates, subsidiaries, distributors, participating retailers and advertising and promotion agencies, and all of their respective officers, directors, shareholders, employees, agents and representatives (collectively, “Released Parties”) are not responsible for delayed, deleted, damaged, incomplete, misdirected, undeliverable, or destroyed official entries; or for the incorrect or inaccurate entry information, however caused, or by equipment or programming used in this Promotion, printing, human processing or other error or omission; or for any other errors of any kind, whether human, mechanical, electronic or network.

Participants need not be present at Sponsor s retail location to win. The decisions of the Sponsor are final and binding in all matters relating to this Promotion. The winners will be notified by e-mail or by telephone on or before August 7, 2021. The Hunt will need to take place October 4, 2021 through October 9, 2021
All expenses not specified herein are the sole responsibility of the winner. Expenses which are known and not included but are not limited to: taxidermy, processing game, processed game shipping, alcoholic beverages, Hunter s Safety Certification, and any and all taxes (including, but not limited to, federal income taxes), insurance, licensing, registration fees and costs, and other expenses related to winning or accepting a Prize or that may be required for the enjoyment and use of the Prize will be the sole responsibility of the winner.

WINNER NOTIFICATION AND DELIVERY OF PRIZE PACKAGE. The winner will be notified by e-mail or by telephone on or before August 7, 2021. The Hunt will need to take place October 4, 2021 through October 9, 2021. In the event of non-compliance with these requirements, or in the event the Sponsor are unable to make contact with a winner within seven (7) days (contact shall be defined as Sponsor having a telephone conversation with the winner or winner replying to the notification email sent by Sponsor within 7 days Sponsor may leave telephone messages with the winner or send follow up emails to the winner, but neither shall be deemed contact ) of the Drawing for any reason, that potential winner will be disqualified, the Prize will be forfeited and an alternate winner may be selected by random drawing among all remaining eligible entries.

Winner must be eligible to obtain any required hunting licenses or permits, and have no other elk tags in the state of Utah. Travel and accommodations are subject to change and availability, and restrictions may apply. Hunting trip may be videotaped as a potential promotional video. The Hunt will need to take place October 4, 2021 through October 9, 2021 If winner cannot take the trip as stated, or if the winner is not eligible to obtain any required licenses or permits, the Grand Prize in its entirety will be forfeited and may be awarded to an alternate winner selected by random from all remaining eligible entries timely received; provided Sponsor may extend such booking date in its sole and absolute discretion if verification of a winner makes such booking date impractical. Winner must comply with any and all federal, state and local laws and regulations, and complete all required paperwork, along with all liability waivers prior to prize fulfillment. PARTICIPANTS ACKNOWLEDGE AND AGREE THAT THE PRODUCTS INCLUDED IN THE GRAND PRIZE ARE PROVIDED BY THE RELEASED PARTIES AS IS AND WITHOUT ANY WARRANTY, EXPRESS OR IMPLIED, GIVEN BY THE RELEASED PARTIES.

The Prizes will be sent to the nearest Sponsor store location. Alternate locations may be selected by the Sponsor. Winners are responsible for all transport, pick-up and/or other delivery costs. Winners must pick up or otherwise arrange for transport of the Prize from the Sponsor s designated store location within five (5) days of being notified that he/she is the winner. In addition, the winner will be required to sign and return an Affidavit of Eligibility, Release of Liability and, where lawful, a Publicity Release prior to taking possession of the Prize.

Any other Prize details will be at the sole discretion of the Sponsor. Winners may not substitute, assign or transfer Prizes, but Sponsor reserves the right to substitute Prize with a prize of equal or greater value should the advertised Prize become unavailable in whole or in part for any reason. For Prizes that are firearms, winners must be able to legally possess a firearm and and will be required to complete all federal forms and pass all state and federal background checks. 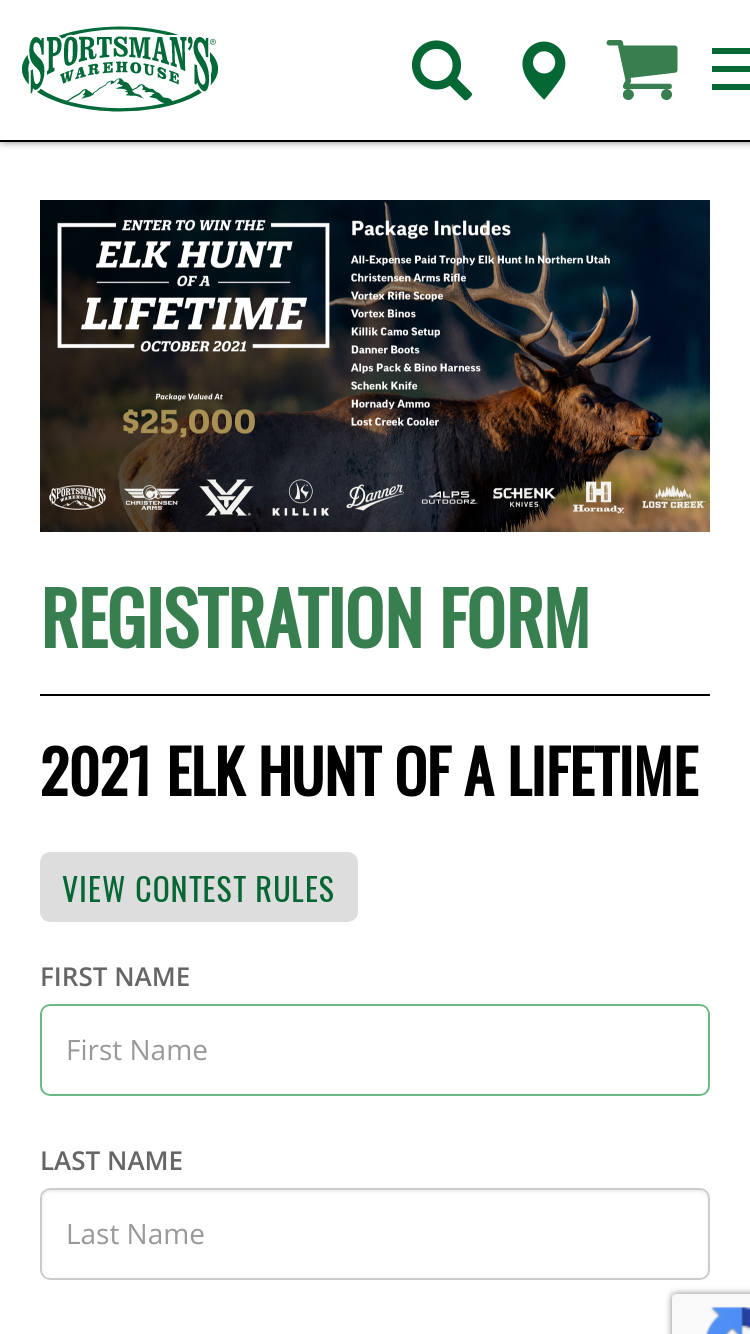 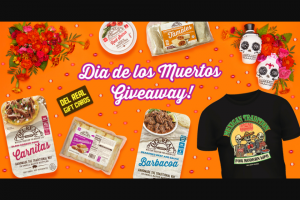 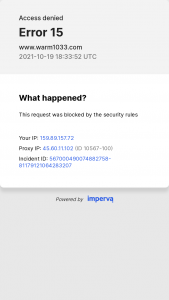 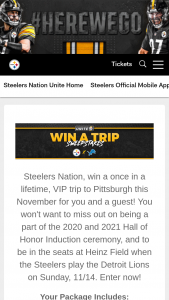 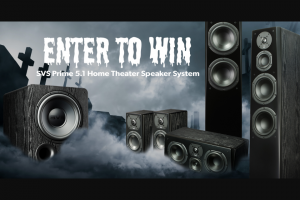 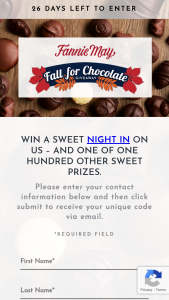 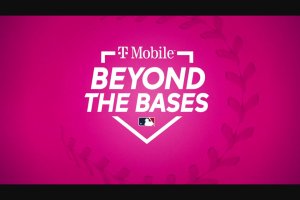 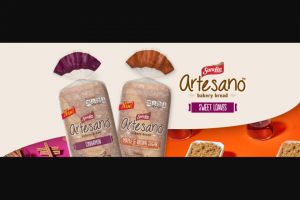 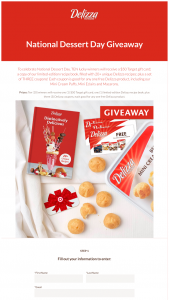 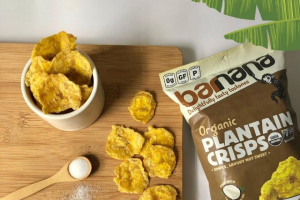 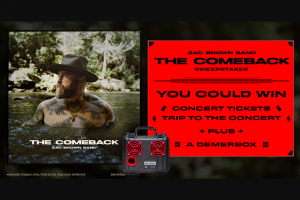 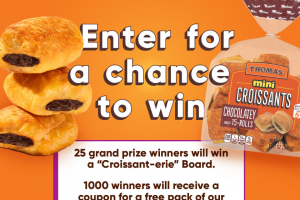 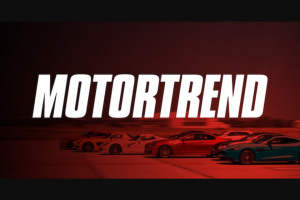 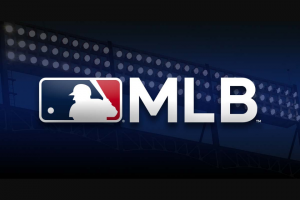 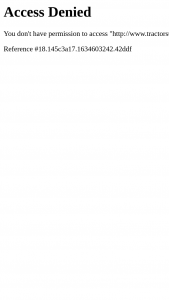 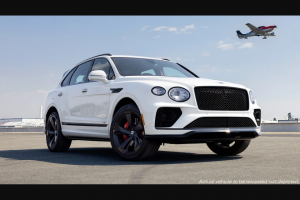