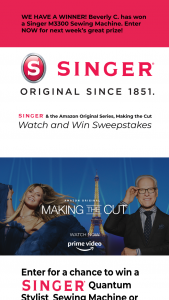 Singer And Amazon – Making The Cut Watch And Win Sweepstakes 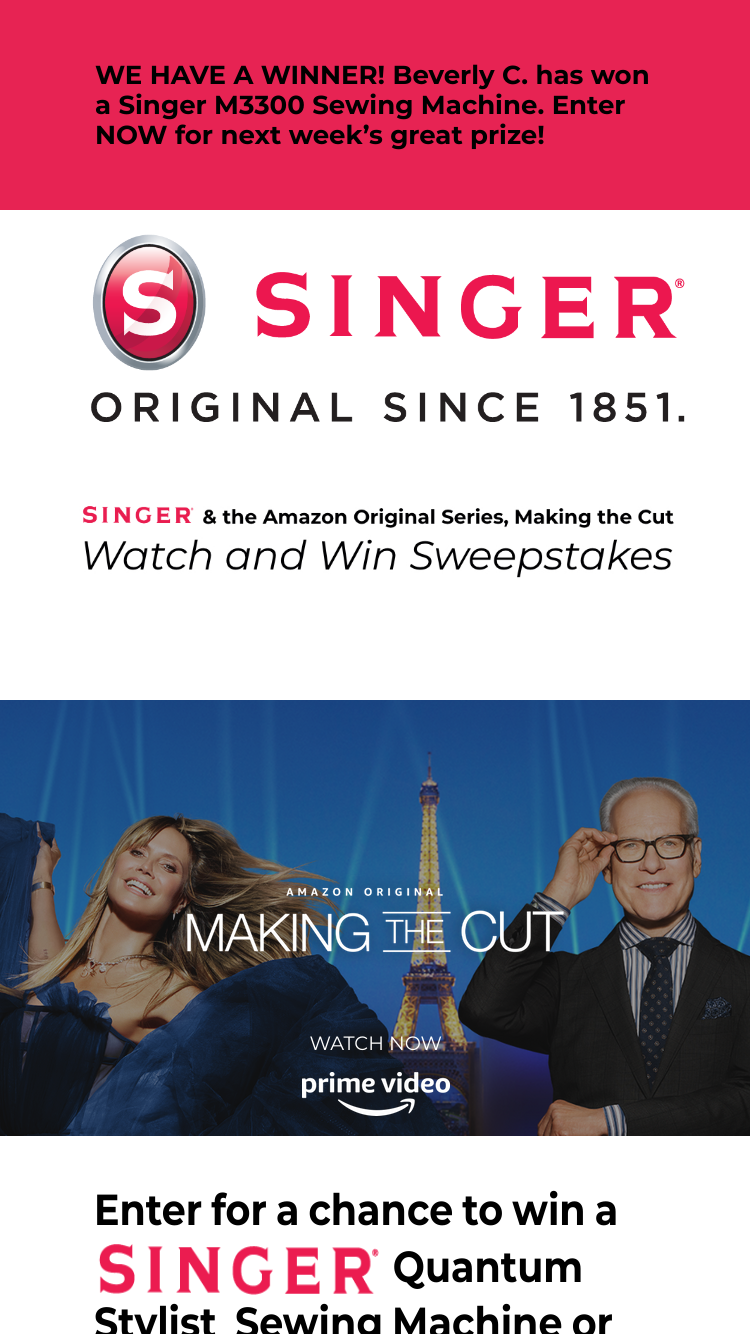