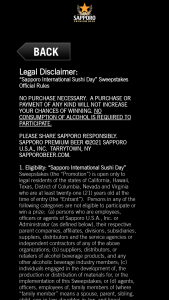 NO PURCHASE NECESSARY.  A PURCHASE OR PAYMENT OF ANY KIND WILL NOT INCREASE YOUR CHANCES OF WINNING. NO CONSUMPTION OF ALCOHOL IS REQUIRED TO PARTICIPATE.

1. Eligibility: “Sapporo International Sushi Day” Sweepstakes (the “Promotion”) is open only to legal residents of the states of California, Hawaii, Texas, District of Columbia, Nevada and Virginia who are at least twenty-one (21) years old at the time of entry (the “Entrant”).  Persons in any of the following categories are not eligible to participate or win a prize:  (a) persons who are employees, officers or agents of Sapporo U.S.A., Inc. or Administrator (as defined below), their respective parent companies, affiliates, divisions, subsidiaries, suppliers, distributors and the service agencies or independent contractors of any of the above organizations; (b) suppliers, distributors, or retailers of alcohol beverage products, and any other alcoholic beverage industry members; (c) individuals engaged in the development of, the production or distribution of materials for, or the implementation of this Sweepstakes; or (d) agents, officers, employees of, family members of (where “family member” means a spouse, parent, sibling, child, son-in-law, daughter-in-law, and lineal descendants, including those by adoption), persons in the immediate family of, or persons living in the same household as any person in any of the preceding categories (a) through (c).  Subject to all applicable federal, state, and local laws and regulations.  Void outside of CA, HI, TX, DC, NV, VA and wherever else prohibited by law.  Participation constitutes Entrant’s full and unconditional agreement to these Official Rules and Sponsor’s and Administrator’s decisions, which are final and binding in all matters related to the Promotion.  Winning a prize is contingent upon fulfilling all requirements set forth herein.

5. How to Play:  To enter, visit www.sapporoisd.com (the “Website) and follow directions to enter this Promotion. Entrants must fully complete and submit all required information on the online entry form and play the instant win e-scratcher to reveal the prize win notification status page. Incomplete entries are void. Entrant must come back each day of the Promotion to complete the online entry form to receive one (1) entry per day. Entrants may also enter via the QR code found on Sponsor branded advertising materials. Entrant will scan the QR code using a web-enabled wireless device equipped with a QR code reader app (free to download) to be directed to the Website where you would follow the directions above to play.  Message and data rates may apply for entries submitted via mobile devices. Check your mobile plan for rates/details.

NOTE:  Entrants are required to register at the first attempt to play.  Upon returning to the Website, Entrants may play additional times by submitting their email and personal information and clicking the “Get My Scratcher” button.

Any attempt by any Entrant to play more than the stated number of times by using multiple/different email addresses, identities or registrations, or any other methods will void that Entrant’s plays and that Entrant may be disqualified.  Use of any automated, robotic, repetitive, programmed or similar entry methods or agents to participate is prohibited and will result in disqualification.  Facsimile and mechanically reproduced entries will not be accepted.  Sponsor is not responsible for lost, late, incomplete, invalid or misdirected entries, which will be disqualified.

Sponsor and Promotion Administrator will not accept screen shots or other evidence of winning in lieu of its validation process.

The awarding of the prizes is subject to verification by the Sponsor whose decisions are made based at their sole discretion.  Sponsor’s interpretation of these Official Rules is final and binding in all respects. The potential prize winner is not a prize winner of any prize until his/her eligibility and the potential prize-winning play has been verified by Sponsor.

Limit of one (1) prize per Entrant for the entire Promotion.  No more than the number of prizes set forth in these Official Rules will be awarded.  Prizes are not transferable and no substitution will be made except as provided herein at the Sponsor’s sole discretion. Sponsor reserves the right to substitute a prize for one of equal or greater value if the designated prize should become unavailable for any reason.  Prize winner is responsible for all taxes and fees associated with the prize award, receipt and/or use.

9. Release:  In exchange for the right to participate in the Promotion, each prize winner agrees to release and hold harmless Sponsor, Administrator, and their respective parent companies, subsidiaries, affiliates, divisions, suppliers, distributors, retailers advertising/promotion agencies, and each such company’s officers, directors, employees and agents (collectively, the “Released Parties”) from and against any claim or cause of action, including, but not limited to, personal injury, death, or damage to or loss of property, arising out of participation in or in connection with the Promotion or receipt or use or misuse of any prize.  Released Parties are not responsible for technical, hardware, network connections or incomplete or delayed computer transmissions, regardless of cause.  The releases hereunder are intended to apply to all claims not known or suspected to exist with the intent of waiving the effect of laws requiring the intent to release future unknown claims.

10. Publicity:  Except where prohibited, participation in the Promotion constitutes prize winner’s consent to Sponsor’s and its agents’ use of prize winner’s name, likeness, photograph, voice, quotes, statements, opinions, biographical information and/or hometown and state for promotional purposes in any media now known or hereinafter invented, worldwide, without further payment or consideration. By participating in the Promotion, prize winner agrees that their name, image or likeness may be electronically displayed via the Internet or other form of digital dissemination, extending to all manner and media whatsoever, throughout the universe in perpetuity, free and clear of any claims for royalties, residuals or other compensation.  All Entrants understand and agree that any recourse or claim for damages based on Sponsor, Administrator, or their agents’ use of prize winner’s name, image, information or likeness in accordance with this paragraph is hereby expressly and forever waived, and that such express waiver does and shall bind all heirs, survivors, successors, transferees, licensees and assigns of my right of publicity.

11. General Conditions:  Sponsor reserves the right to cancel, suspend and/or modify the Promotion, or any part of it, without notice, for any reason at Sponsor’s sole discretion, including in the event of any fraud, technical failures or any other factor beyond Sponsor’s reasonable control impairs the integrity or proper functioning of the Promotion, as determined by Sponsor. Sponsor reserves the right, in its sole discretion, to disqualify any individual it finds to be tampering with the entry process or the operation of the Promotion or to be acting in violation of these Official Rules, any other promotion or applicable law, or in an unsportsmanlike or disruptive manner. Any attempt by any person to deliberately undermine the legitimate operation of the Promotion may be a violation of criminal and civil law, and, should such an attempt be made, Sponsor reserves the right to seek damages from any such person to the fullest extent permitted by law.  Sponsor’s failure to enforce any term of these Official Rules shall not constitute a waiver of that provision. By entering the Promotion and accepting a prize, prize winner agrees to maintain his/her behavior in accordance with all applicable laws and generally accepted social practices in connection with participation in the Promotion or prize-related activity.  Prize winner understands and agrees that Sponsor has the right, in their sole discretion, to disqualify prize winner if he/she violates the policies of these Official Rules; and, in such a case, prize winner will forfeit all remaining elements of the prize and still be solely responsible for all taxes and other expenses related to the prize.

12. Limitations of Liability:  The Released Parties are not responsible for:  (a) any incorrect or inaccurate information, whether caused by Entrants, printing errors or by any of the equipment or programming associated with or utilized in the Promotion; (b) technical failures of any kind, including, but not limited to malfunctions, interruptions, traffic congestion, or disconnections in phone lines or network hardware or software whether originating with entrant, Sponsor, or any third party; (c) unauthorized human intervention in any part of the entry process or the Promotion; (d) technical or human error which may occur in the administration of the Promotion or the processing of entries; (e) late, lost, undeliverable, misdirected, illegible, damaged, postage due, incomplete, incorrect, stolen entries; or (f) any injury or damage to persons or property which may be caused, directly or indirectly, in whole or in part, from Entrant’s participation in the Promotion or receipt or use or misuse of any prize.  If for any reason an Entrant’s entry is confirmed to have been erroneously deleted, lost, or otherwise destroyed or corrupted, Entrant’s sole remedy is another entry in the Promotion, unless it is not possible to award another entry due to the date of discontinuance for any or all of the prizes offered herein. In the event of a discontinuance of the Promotion, or any part of it, for any reason, Sponsor, in its sole discretion, may elect to hold a random drawing from among all eligible entries received up to the date of discontinuance, and in no event will more than twenty (20) prizes be awarded. In the event that production, technical, programming or any other reasons cause more than the stated number of prizes as set forth in these Official Rules to be available and/or claimed, Sponsor reserves the right to award only the stated number of prizes by a random drawing among all legitimate, un-awarded, eligible prize claims.

13. Disputes:  THIS PROMOTION IS GOVERNED BY THE LAWS OF THE UNITED STATES AND THE STATE OF NEW YORK, WITHOUT RESPECT TO CONFLICT OF LAW DOCTRINES.  As a condition of participating in this Promotion and/or accepting an awarded prize, each Entrant agrees that any and all disputes that cannot be resolved between the parties and causes of action arising out of or connected with this Promotion shall be resolved individually, without resort to any form of class action, exclusively before a court located in New York having jurisdiction.  Further, in any such dispute, under no circumstances will Entrant be permitted to obtain awards for and hereby waives all rights to claim punitive, incidental, or consequential damages, including reasonable attorneys’ fees, other than Entrant’s actual out-of-pocket expenses (i.e., evidenced costs associated with entering this Promotion), and Entrant further waives all rights to have damages multiplied or increased.

15.  Winner List:  For the name of the prize winners, send a self-addressed, stamped envelope by July 19, 2021 to “Sapporo International Sushi Day” Sweepstakes NYMBLE Agency Inc., 5000 Crosswinds Dr., Wilmington, NC 28409.  Prize Winner’s first name, last initial, city and state will be published in the winner’s list. Residents of Vermont may omit return postage. Requests will be fulfilled after all winners are verified. 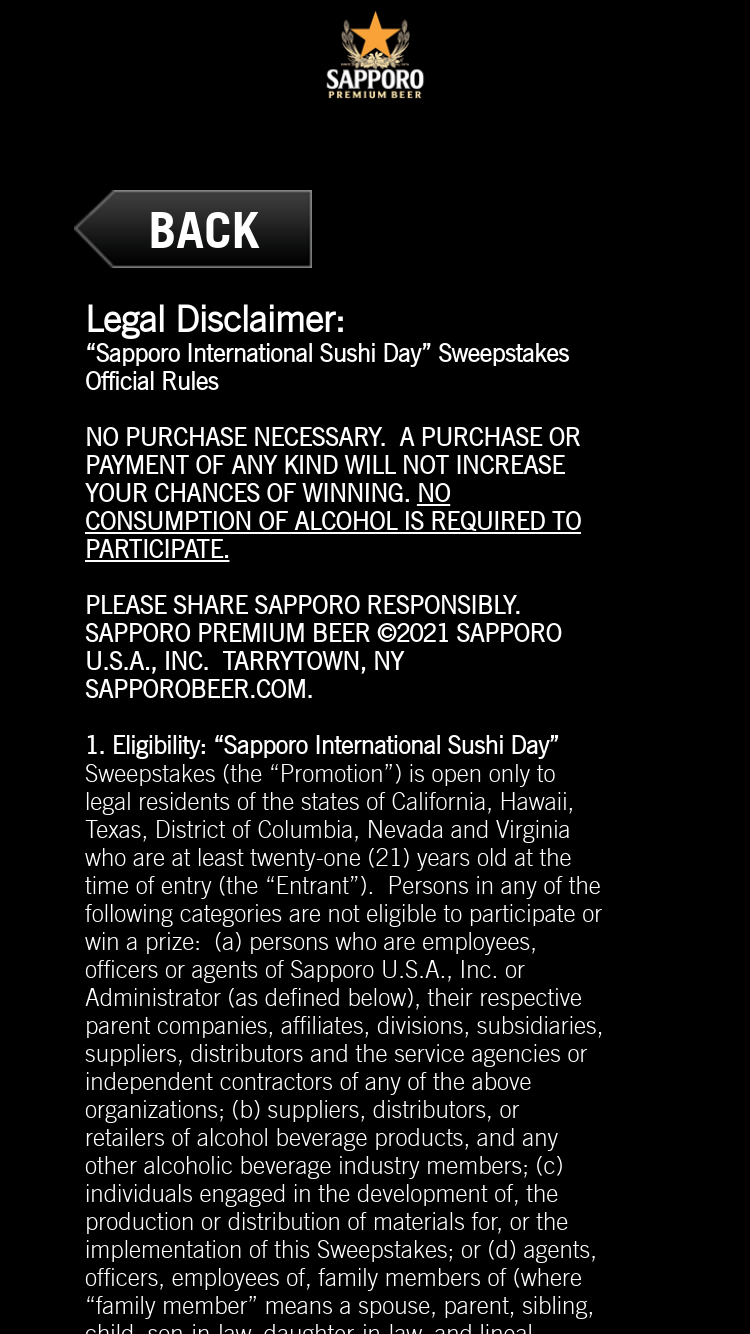 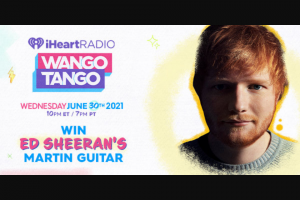 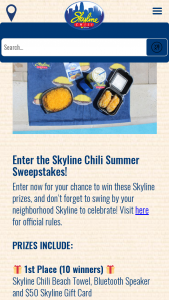 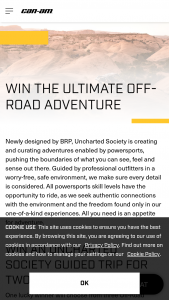 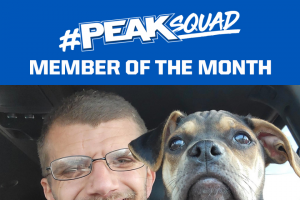 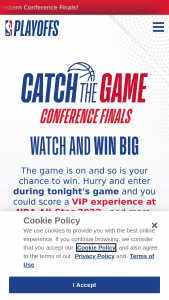 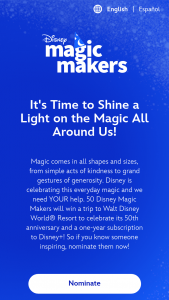 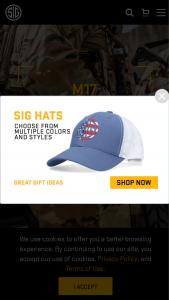 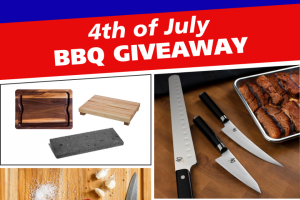 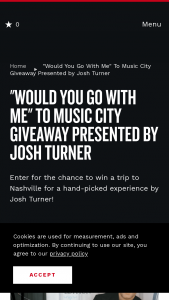 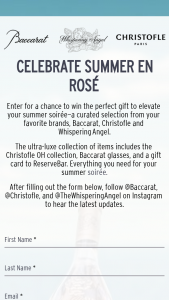 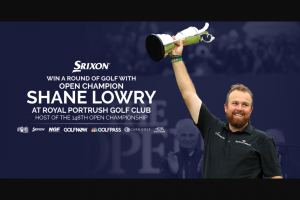 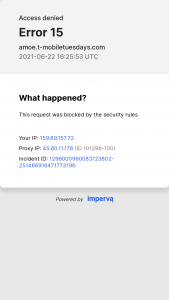 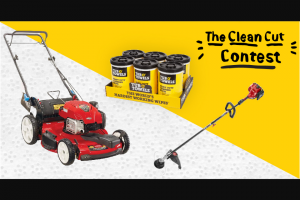 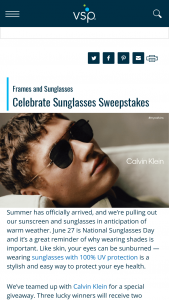 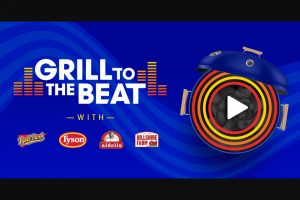