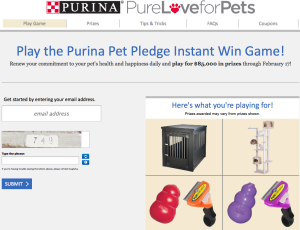 NO PURCHASE NECESSARY TO ENTER OR WIN. A PURCHASE WILL NOT INCREASE YOUR CHANCES OF WINNING. GAME SUBJECT TO ALL FEDERAL, STATE AND LOCAL LAWS AND REGULATIONS. VOID OUTSIDE THE U.S.A. AND WHERE PROHIBITED BY LAW.

ELIGIBILITY: The Purina® Pet Pledge Instant Win Game (the “Game”) is open to all legal residents of the 50 United States (including D.C.) who are 18 years of age (19 years of age in AL and NE, 21 in MS) or older at time of participation and who own at least one dog or one cat, or both. Employees (and household or family members of such employees) of Nestlé Purina PetCare Company (“Sponsor”) and its parents, affiliates, subsidiaries and advertising, promotion and fulfillment agencies, including the Administrator of this Game, and each of their affiliates are not eligible. Internet access is required to participate. Winning a prize is contingent on fulfilling all requirements set forth herein.

All trademarks related to the prizes in this Game are the property of their respective owners and no sponsorship, endorsement or affiliation with Nestlé Purina PetCare Company, its products or this Game is implied by their use. 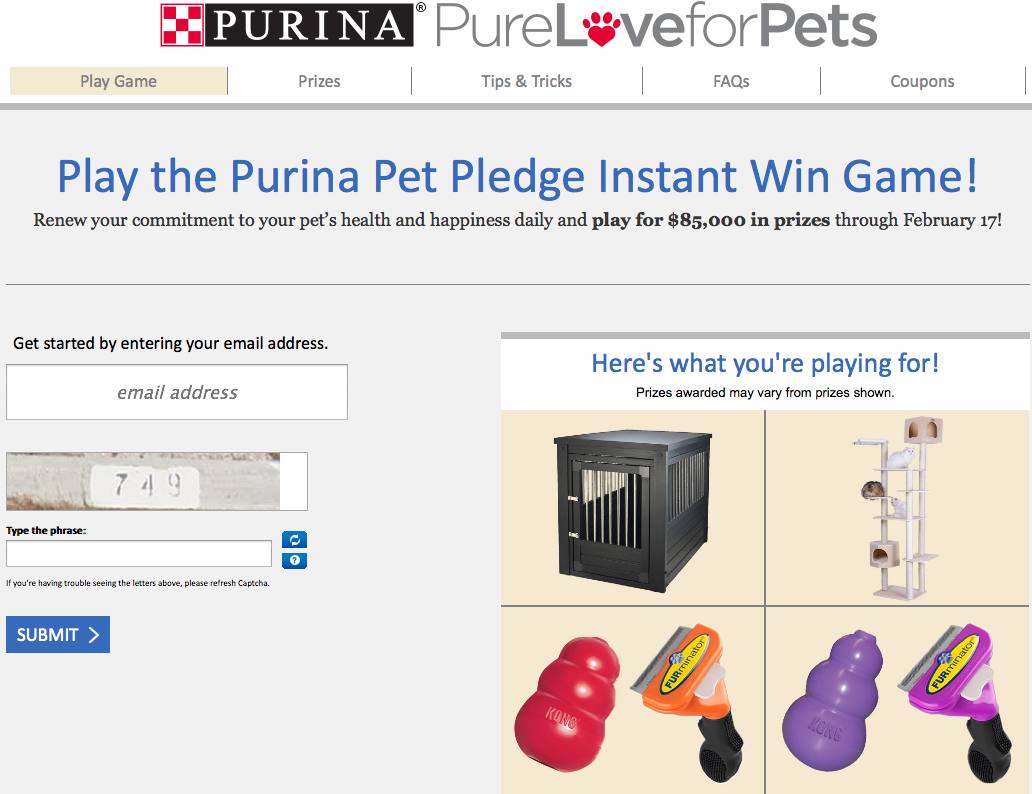