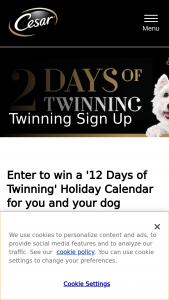 Mars Petcare – Cesar 12 Days Of Twinning – Win a prize of one (1) “12 Days of Twinning” advent calendar valued at one hundred and thirty dollars ($130) in the Sweepstakes and one year’s supply of CESAR® pet food (Grand Prize). 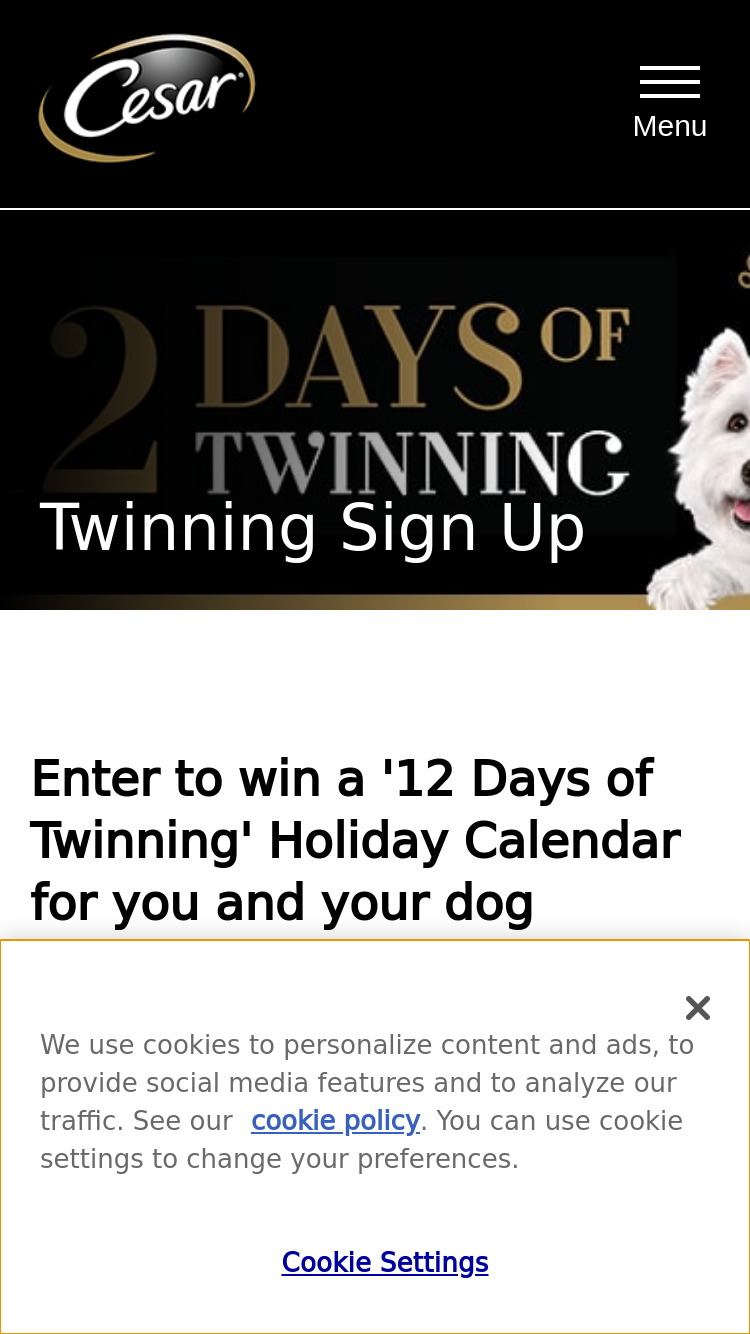