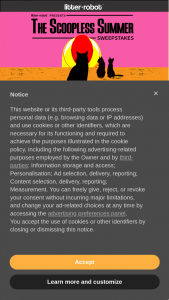 NO PURCHASE NECESSARY TO ENTER OR WIN. A PURCHASE DOES NOT INCREASE YOUR CHANCES OF WINNING. VOID WHERE PROHIBITED. The Scoopless Summer Sweepstakes (the “Promotion”) begins at 9:00:01 AM Eastern Time (“ET”) on May 24, 2020 and ends at 11:59:59 PM PT on September 6, 2020 (the “Promotion Period”). The Promotion contains a game of chance (“Sweepstakes”). The computer clock of the Sponsor (defined below) is the official time-keeping device in the Promotion.

This Promotion uses Gleam (gleam.io) and several other third party platforms as a means of entry, including but not limited to: Facebook, Disqus, iTunes, Eventbrite, Facebook, Google+, IndieGogo, Instagram, Kickstarter, LinkedIn, Pinterest, Snapchat, SoundCloud, Steam, Tumblr, Twitch, Twitter, Typeform, Vimeo and YouTube. This Sweepstakes is in no way sponsored, endorsed, or administered by gleam.com or any of the above third party platforms. All questions, comments or complaints regarding the Sweepstakes should be directed to the Sponsor at the address listed below.

1. ELIGIBILITY: The Promotion is open only to legal residents of the 50 United States and the District of Columbia, who are at least 13 (except Alabama and Nebraska 19 and 21 in Mississippi) years of age or older as of date of entry. Employees, officers and directors of Automated Pet Care Products Inc. (“Sponsor”) and their respective parent companies, affiliates, subsidiaries, advertising, contest, fulfillment and marketing agencies, (collectively, “Promotion Parties”) their immediate families (parent, child, sibling & spouse and their respective spouses, regardless of where they reside) and persons living in the same households as such individuals (whether related or not) are not eligible to participate in the Promotion. By participating, you agree to these Official Rules and to the decisions of the judges and Sponsor, which are final and binding in all respects. Void in any state not listed above and where prohibited by law, rule or regulation. All federal, state and local laws and regulations apply.

By participating in the Promotion, participant agrees to receive future marketing communications via email from the Sponsor.

3. SWEEPSTAKES DRAWINGS/ODDS: The Promotion will include fifteen (15) sweepstakes drawings. Each Monday (starting June 1, 2020), during the Promotion Period, the Administrator will conduct a random drawing from all eligible Sweepstakes Entries received during the week before and select One (1) Weekly Prize winner (a “Weekly Drawing”). Odds of winning a Weekly Prize depend on the number of eligible Entries received for the Sweepstakes during each day of the Promotion Period. All eligible non-winning Sweepstakes Entries will be rolled into the next Weekly Drawing.

5. PRIZES/PRIZE RESTRICTIONS: Fifteen (15) Weekly Prizes will be awarded during the Promotion as detailed below:

WEEKLY PRIZES (15): Fifteen Weekly Prizes, one (1) per winner per week of the Promotion

Each Weekly Prize will consist of:

The Approximate Retail Value (“ARV”) of each Weekly Prize is $499

The total ARV of all Promotion Prizes is $7,485
PRIZE RESTRICTIONS: Limit of one (1) Prize per person/per household. All Promotion prizes will be fulfilled approximately four (4) to six (6) weeks after the Promotion has ended. Promotion Parties are not responsible for late, lost, stolen, damaged, delayed, or undelivered prizes. If any winner is considered a minor in his/her jurisdiction of residence, prize will be awarded in the name of his/her parent or legal guardian who will be responsible for fulfilling all requirements imposed on winners set forth herein.

6. GENERAL: By participating in the Promotion, you hereby expressly grant to the Promotion Parties and their respective designees all rights to use and publish your name, likeness (photographic or simulated), and province of residence for all purposes if you are selected as a winner, including without limitation, advertising, marketing, promotional and publicity purposes in connection with this Promotion (“Advertising”), in any and all media now or hereafter devised, worldwide in perpetuity, without any form of notice or any amount or kind of compensation or permission, except where prohibited by applicable law. All copyright, trademark or other intellectual property rights in such Advertising shall be owned by Sponsor and/or its licensors, and each winning participant hereby disclaims and waives any claim of right to such Advertising. Such Advertising shall be solely under the control of Sponsor and/or its licensors, and each winner hereby waives any claim of control over the Advertising content as well as any possible claims of misuse of such winning recipient’s name, likeness or voice under contract, tort or any other theory of law. The Promotion Parties do not assume any responsibility for any disruption in the Promotion Parties, including but not limited to the failure or interruption of Facebook or any internet service provider. In the event there is a discrepancy or inconsistency between disclosures and other statements contained in any Promotion materials and the terms and conditions of these Official Rules, these Official Rules shall prevail, govern, and control. In no event will more prizes be awarded than those listed in Rule #5. All federal, state, and local laws and regulations apply. All decisions as to these Official Rules and interpretations thereof are exclusively within the sole discretion of the Promotion Parties and may be changed from time to time without notice. The Promotion Parties reserve the right to cancel or modify the Promotion at any time without notice. A potential winner may be requested to provide the Sponsor with proof that the potential winner is the authorized account holder of the email address associated with the winning Entry. If, in Sponsor’s sole determination, a dispute cannot be resolved, the Entry will be deemed ineligible. Entries generated by a script, macro or other automated means will be disqualified. Entries that are incomplete, garbled, or corrupted are void and will not be accepted.

8. LIMITATIONS OF LIABILITY: The Promotion Parties assume no responsibility or liability for (a) lost, late, stolen, undelivered, inaccurate, incomplete, delayed, misdirected, damaged or garbled registrations, Entries, URLs, or emails; (b) any incorrect or inaccurate Entry information, or for any faulty or failed electronic data transmissions; (c) any unauthorized access to, or theft, destruction or alteration of Entries or registrations at any point in the operation of this Promotion; (d) any technical malfunction, failure, error, omission, interruption, deletion, defect, delay in operation or communications line failure, regardless of cause, with regard to any equipment, systems, networks, lines, cable, satellites, servers, computers or providers utilized in any aspect of the operation of the Promotion; (e) inaccessibility or unavailability of the Internet or the Web Site or any combination thereof or for computer hardware or software malfunctions, failures or difficulties, or other errors or difficulties of any kind whether human, mechanical, electronic, computer, network, typographical, printing or otherwise relating to or in connection with the Promotion, including, without limitation, errors or difficulties which may occur in connection with the administration of the Promotion, the processing of Entries, social networking posts, or registrations, the announcement of the prizes, or in any other Promotion-related materials; or (f) any injury or damage to participants or to any other person’s computer which may be related to or resulting from any attempt to participate in the Promotion. If, for any reason, the Promotion (or any part thereof) is not capable of running as planned for reasons which may include, without limitation, infection by computer virus, tampering, unauthorized intervention, fraud, technical failures, or any other causes which may corrupt or affect the administration, security, fairness, integrity or proper conduct of this Promotion, then the Promotion Parties reserve the right at their sole discretion to cancel, terminate, modify or suspend the Promotion in whole or in part. If terminated, the Promotion Parties will award the prizes from among all non-suspect, eligible Entries received for the Promotion up to the time of such action.

9. RELEASES: All participants, as a condition of participation in this Promotion, agree to release, hold harmless and indemnify the Promotion Parties from and against any and all liability, claims, damages, or actions of any kind whatsoever for injuries, damages, or losses to persons or property which may be sustained, in whole or in part, directly or indirectly, in connection with (i) participation in any aspect of the Promotion, (ii) the receipt, ownership or use of the prize awarded, including any travel associated with any prize, (iii) participant’s registration material on any related website, or (iv) any typographical or other error in these Official Rules.

10. CHOICE OF LAW AND JURISDICTION: Except where prohibited, all issues and questions concerning the construction, validity, interpretation, and enforceability of these Official Rules, or the rights and obligations of entrants or winners, Sponsor, and administrator in connection with this Promotion, shall be governed by, and construed in accordance with, the laws of the state of Michigan, without giving effect to any choice of law or conflict of law rules or provisions (whether of the state of Michigan or any other jurisdiction), which might otherwise cause the application of the laws of any jurisdiction other than the state of Michigan. Any action seeking legal or equitable relief arising out of or relating to the Promotion or these Official Rules shall be brought only in the courts of the state of Michigan. You hereby irrevocably consent to the personal jurisdiction of said courts and waive any claim of forum non-convenience or lack of personal jurisdiction they may have.

11. PRIVACY: By participating in the Promotion, participant agrees to receive future marketing communications via email from the Sponsor in addition to the following Sponsor’s partners: Litterbox.com. Except as noted in these Official Rules, information collected for this Promotion is used only for the purpose of Promotion administration and winner notification and will not be re-used, sold or shared in any manner by the Promotion Parties or any third parties unless you have elected to receive additional information or promotional material from the Sponsor, or a third party. By participating in the Promotion, participant agrees to all of the terms and conditions of the Sponsor’s Privacy Policy, which is available at https://www.litter-robot.com/privacy-policy.html. In the event of any discrepancy between the Sponsor’s Privacy Policy and these Official Rules, these Official Rules shall control and govern.

12. TAX INFORMATION: All federal, state, local, and other taxes on prizes and any other costs and expenses associated with prize acceptance and use not specified herein as being provided, are the sole responsibility of the applicable winner. A 1099 tax form (preceded by a W9 Form) will be issued to winners if applicable. 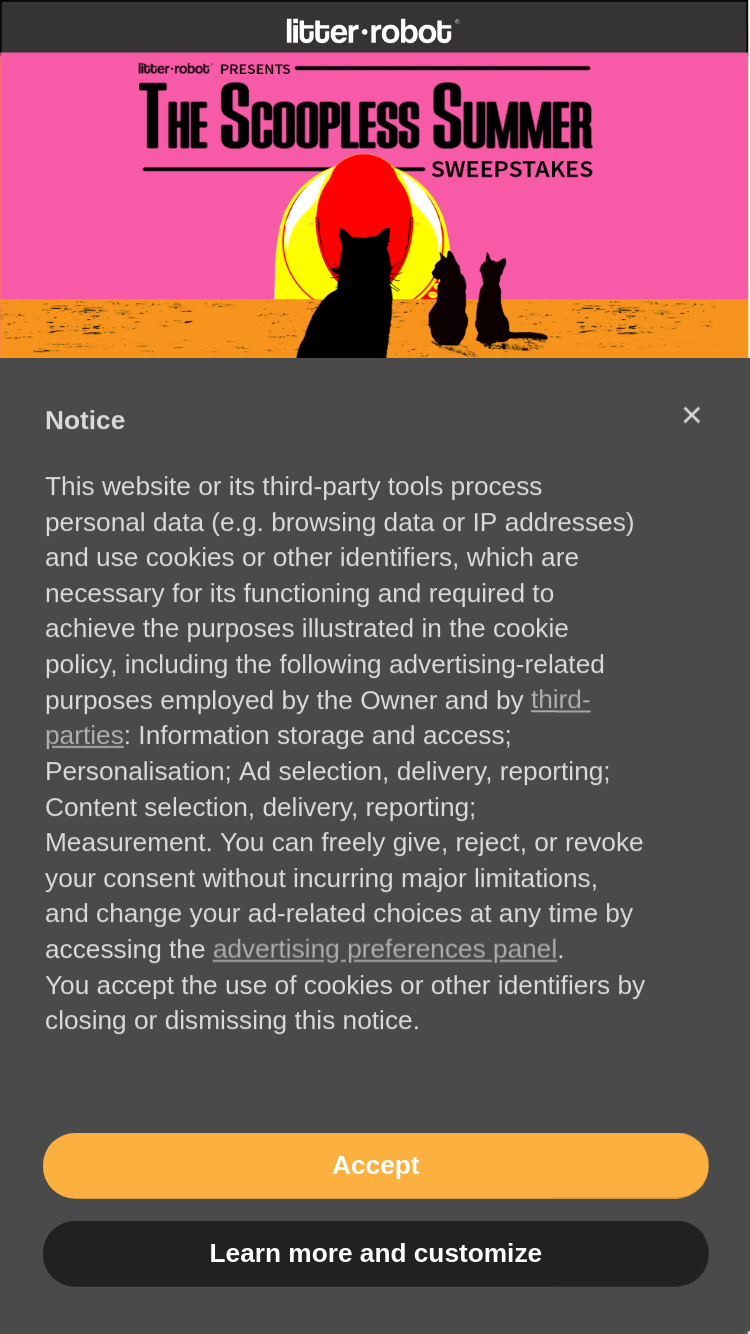 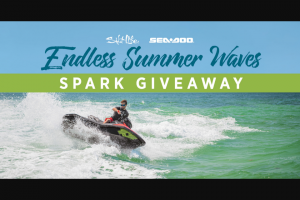 Salt Life – Endless Summer Waves Spark Giveaway – Win of a Sea-Doo SPARK and Trailer along with a Pair of Salt Life Optics Sunglasses and a$250.00 Gift Code to SaltLifecom
14 days left
Comment
Comment 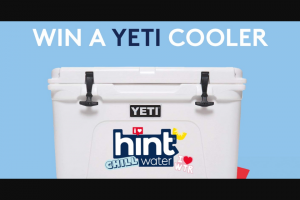 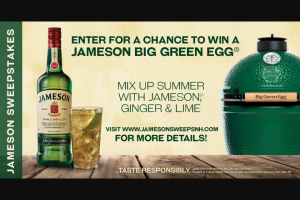 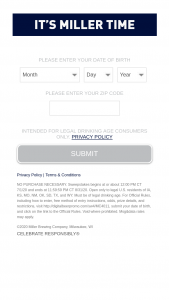 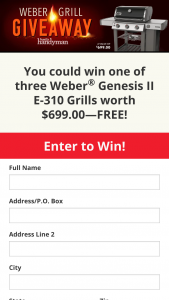 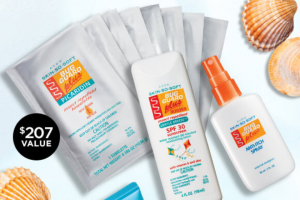 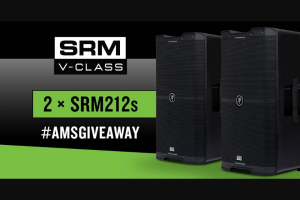 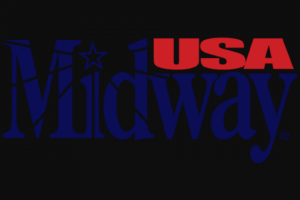 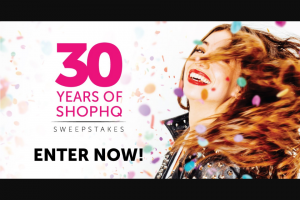 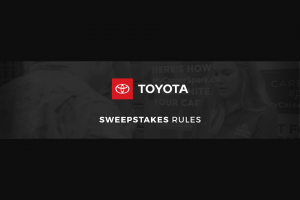 Us Chamber Of Commerce Foundation – Hiring Our Heroes Toyota – Win Vehicle One Prize Vehicle will be provided to one Winner as follows one current year Toyota vehicle with a MSRP of $40915.00.
149 days left
Comment
Comment 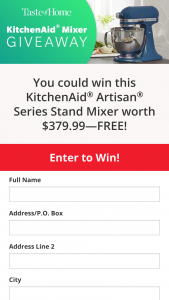 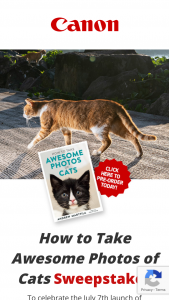 Canon USA – Andrew Marttila How To Take Awesome Photos Of Cats – Win an EOS 90 D EF-S 18-55mm f/3.5-5.6 IS STM Kit so they can practice the new techniques they learn with their fresh gear
2 days left
Comment
Comment 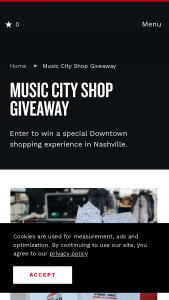 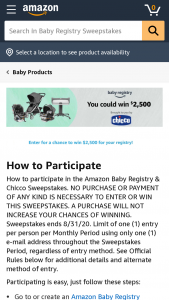 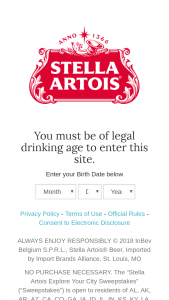