1.ELIGIBILITY:
The Sweepstakes is open to all legal residents of the 48 contiguous states of the United States and the District of Columbia, 18 years of age or older. The Sweepstakes is void in U.S. territories and possessions and where prohibited by law.

visit www.Latina.com/webergrill and follow the directions to complete and submit the online entry form. All entries must be received by 11:59 p.m. ET on May 31, 2015 to be eligible. Limit one (1) entry per person and per email address per day. Multiple entries received from any person or e-mail address after the first entry received from that person or email address will be void. Entries generated by script, macro or other automated means are void. All entries become the property of Sponsor and will not be acknowledged or returned.

3.DRAWING:
Potential winner will be selected in a random drawing held on or around June 1, 2015 from all eligible entries received. The potential winner will be notified by mail, phone, and/or e-mail using the information provided by such person with his or her entry. Prior to receiving the prize, the potential winner must provide Sponsor with any information or certifications needed by Sponsor, in its sole judgment, for tax reporting purposes. The potential winner also may be required to execute and return an affidavit of eligibility, liability release, and where lawful, a publicity release within one (1) business days of date of issuance. If such documents and information are not provided to Sponsor within the specified time period, the prize/prize notification is returned as undeliverable, the potential winner is not in compliance with these Official Rules and/or Sponsor is unable to contact potential winner within a reasonable time period, the potential winner will not be eligible to receive the prize and Sponsor will select an alternate winner through another random drawing from all remaining eligible entries.
The Sponsor will award six (6) winners (1) one package.
TOTAL APPROXIMATE RETAIL VALUE FOR ALL PRIZES:$298
The odds of winning depend on the number of eligible entries received by the Sponsor during the Entry Period.
Sponsor reserves the right to substitute a prize transfer the prize or redeem prize for cash, but Sponsor reserves the right, at its sole discretion, to substitute the prize (or portion thereof) with one of comparable or greater value.
4.GENERAL CONDITIONS:
Released Parties (as defined below) are not responsible for lost, late, incomplete, incorrect, inaccurate, stolen, delayed, misdirected, undelivered, garbled or illegible entries or email; or for lost, interrupted or unavailable network, server, Internet Service Provider (ISP), website, or other connections, availability or accessibility or miscommunications or failed computer, satellite, telephone or cable transmissions, lines, or technical failure or jumbled, scrambled, delayed, or misdirected transmissions or computer hardware or software malfunctions, failures or difficulties, or other errors or malfunctions of any kind whether human, typographical, printing, mechanical, electronic or network relating to or in connection with the Sweepstakes, including without limitation, errors or malfunctions which may occur in connection with the administration of the Sweepstakes, the processing of entries, the announcement of the prize or in any Sweepstakes-related materials. Released Parties are also not responsible for any incorrect or inaccurate information, whether caused by site users, tampering, hacking, or by any equipment or programming associated with or utilized in the Sweepstakes. Released Parties are not responsible for injury or damage to entrants’ or to any other person’s computer related to or resulting from participating in this Sweepstakes or downloading materials from or use of the web site. Persons who tamper with or abuse any aspect of the Sweepstakes or website, or who are in violation of these Official Rules, as solely determined by Sponsor, will be disqualified. Should any portion of the Sweepstakes be, in Sponsor’s sole opinion, compromised by virus, worms, bugs, non-authorized human intervention or other causes which, in the sole opinion of Sponsor, corrupt or impair the administration, security, fairness or proper play, or submission of entries, Sponsor reserves the right at its sole discretion to suspend, modify or terminate the Sweepstakes and if terminated, at its direction, select the winner from all eligible, non-suspect entries received prior to action taken. Entrants, by entering and participating in this Sweepstakes, agree that Sponsor and Latina Media Ventures, and their respective parent, related, affiliated and subsidiary entities as well as the officers, directors, employees, representatives, members, shareholders and agents of each (collectively, “Released Parties”) will have no liability whatsoever for, and shall be held harmless by entrants against, any liability, for any injuries, losses or damages of any kind, including, without limitation, death, to persons, or property resulting in whole or in part, directly or indirectly, from acceptance, possession, misuse or use of the prize or participation in this Sweepstakes. Winner, by acceptance of prize, except where legally prohibited, grants permission for Sponsor and its designees to use his/her name, address (city and state), photograph, voice and/or other likeness and prize information for advertising, trade and promotional purposes without further compensation, in any and all media now known or hereafter discovered, worldwide, and on the Internet, and world wide web, in perpetuity, without notice or review or approval. In the event of a dispute regarding entries received from multiple users having the same e-mail account, the authorized account subscriber of the e-mail account at the time of entry will be deemed to be the entrant and must comply with these Official Rules. Authorized account subscriber is the natural person who is assigned the e-mail address by the Internet Service Provider (ISP), on-line service provider, or other organization responsible for assigning e-mail addresses.
5.WINNER’S NAME:
For the winner’s name (available after June 1, 2015) send a self-addressed, stamped envelope to: Latina’s “Weber Q1200 Giveaway” Sweepstakes, Attn: Marketing Department, Latina Media Ventures LLC, 120 Broadway, 34th Floor, New York, NY 10271. Requests must be received no later than May 17, 2015. 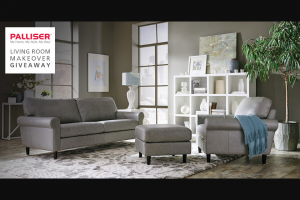