PURCHASING DOES NOT IMPROVE YOUR CHANCES OF WINNING.
NO PURCHASE NECESSARY. OPEN TO LEGAL RESIDENTS OF THE 50 U.S. AND
D.C. 13 AND OLDER. ELIGIBLE MINORS MUST OBTAIN THEIR PARENT’S OR LEGAL GUARDIAN’S PERMISSION PRIOR TO PARTICIPATING AND MAY BE REQUIRED TO PROVIDE EVIDENCE OF SUCH PERMISSION. VOID WHERE PROHIBITED BY LAW.

HOW TO PLAY THE GAME: No purchase necessary and no fee, payment or proof of purchase necessary to participate in the IHOP ‘N GO® Breakfast Monday Deals Instant Win Sweepstakes (“Game”). The Game will be open between 12:00 AM Eastern Time (“ET”) and 11:59 PM ET on November 27th, December 4th, December 11th, and December 18th, 2017 (the “Game Play Period”). The Game will not be available outside of the dates and times specified above. Visit www.ihop.com and follow the instructions to complete the online form and unwrap/scratch off the virtual gift on the page to see if you have won a prize (prize award subject to verification of eligibility, winning game play and compliance with the terms of these Official Rules). Limit of one game play per person using only one email address per day (for a maximum of four game plays per person throughout the Game Play Period). Game plays received from any person or email address in excess of the above states limitation will be void.

WHO IS ELIGIBLE TO PLAY: The Game is open to legal residents of the fifty (50) United States and the District of Columbia who are 13 years of age or older as of November 27th, 2017. Eligible minors must obtain their parent’s or legal guardian’s permission prior to participating and may be required to provide evidence of such permission. This Game is void where prohibited or restricted by law and is subject to all applicable federal, state and local laws and regulations. By participating in this Game, each participant accepts the conditions stated in these Official Rules, agrees to be bound by the decisions of the Sponsor (as defined below) and warrants and represents that s/he is eligible to participate in this Game. Employees, contractors, directors and officers of International House of Pancakes, LLC (“Sponsor”), MRM//McCann (“MRM//McCann”), their respective parent, subsidiary and affiliated companies, distributors, web design, advertising, fulfillment, judging and promotion agencies involved in the administration, development, fulfillment and execution of this Game (collectively, “Released Parties”), and their immediate family members (spouse, parent, child, sibling, grandparent, and/or “step”) of each and those living in their same households (those persons whether related or not who live in the same residence for at least three months during the Twenty-four-month period preceding the start date of the Game).

HOW THE GAME WORKS & ODDS OF WINNING: 1,202 prizes (300×4 + 2 Grand Prizes) will be randomly assigned to specific winning times throughout the Game Play Period. During the Game Play Period, if you are the first to play at a randomly selected winning time (as determined by Sponsor) or if no one plays at such time and your game play is the first submitted thereafter (as determined by Sponsor), you will receive a winning on-screen message indicating that you are a potential winner. Odds of winning a prize depend on the date and time of game play. Prize award is subject to verification of eligibility, winning game play and compliance with the terms of these Official Rules. Limit of one (1) prize per person and per household.

HOW TO CLAIM A PRIZE:
Non-Winner: If the on-screen message you receive upon submitting a game play says “Sorry, no prize in here”, you are not a winner.

Winner of $10 or $25: If a participant is a potential winner of a $10 or $25 prize, he/she will immediately receive an on-screen message informing him/her of the applicable prize and an email with an electronic gift card number and pin.

Grand Prize Winner: Winner will be notified by Sponsor (as IHOP) via phone, mail, and/or email and will also be required to complete an Affidavit of Eligibility, Liability and Publicity Release (unless prohibited by law) and any other documents required by Sponsor, which must be returned within five (5) days of initial notification. Winner must meet all eligibility requirements including the execution and delivery of all necessary documents as requested by Sponsor. If any attempted notification is not successful within five (5) days, the prize will be forfeited and Sponsor reserves the right to select an alternate winner from among the remaining eligible Entries, in accordance with the criteria set out in these Official Rules.

Potential winners are subject to verification by Sponsor, whose decisions will be final. Prize claims that are received late or are defaced, mutilated, tampered with, obtained via illegitimate channels or altered in any way or which contain printing errors or those not obtained through legitimate channels will be automatically void. Prizes that are not claimed in accordance with these Official Rules will not be awarded. All materials submitted in connection with this Game become the property of Sponsor and will not be acknowledged or returned.

GRAND PRIZES (Two (2) available throughout the Game Play Period): Breakfast for a Year, awarded in the form of a $2,600 IHOP® gift card (which equates to an average of $50 available to use per week for 52 weeks). Approximate Retail Value (“ARV”) of each Grand Prize: $2,600.

PRIZE CONDITIONS: Physical gift cards (for the Grand Prize) and electronic gift cards are subject to certain terms and conditions specified by Sponsor. Prizes are awarded “as is” with no warranty or guarantee, either express or implied by Sponsor. Winners may not substitute, assign or transfer a prize, or redeem a prize for cash; however, Sponsor reserves the right to substitute a prize (or portion thereof) with one of comparable or greater value in its sole discretion. All federal, state and local taxes, and any other charges and incidental costs associated with prize acceptance and use not specified herein as being provided are the sole responsibility of each winner. All prize details will be determined solely by Sponsor in its sole discretion.

WINNER CONFIRMATION: If any potential winner is an eligible minor in his/her jurisdiction of residence, the prize will be awarded in the name of his/her parent or legal guardian who will be required to fulfill all requirements imposed on winners set forth herein. Potential Grand Prize winners will be required to complete and return an Affidavit of Eligibility, Release of Liability, Prize Acceptance Form, if legally permissible, a Publicity Release within five (5) days of the date of delivery of the same. Noncompliance with this time period or with these Official Rules, Sponsor’s inability to contact a potential winner or the return of any prize notification as undeliverable will result in disqualification and the applicable prize may be forfeited.

MISCELLANEOUS: Governing Law. All issues and questions concerning the construction, validity, interpretation and enforceability of these Official Rules and this Game shall be governed by and construed in accordance with the laws of the State of California, including procedural provisions without giving effect to any choice of law or conflict of law rules or provisions that would cause the application of any other state’s laws.

GENERAL CONDITIONS: Sponsor is not responsible for (i) late, lost, delayed, not received, damaged, misdirected, incomplete, stolen, or garbled game plays or claims; or (ii) failure to receive game plays or claims due to transmission failures or technical failures of any kind, including, without limitation, malfunctioning of any network, Internet Service Provider (ISP), servers, access providers, hardware or software, whether originating with sender or recipient; or (iii) any problems or technical malfunctions of any telephone network or lines, computer online systems or servers, computer software problems or traffic congestion on the Internet or at any website and assume no liability for damage to participant’s or any person’s computer resulting from participating in the Game. In the event of a dispute as to the identity of a winner based on an e-mail address, the winning game play will be deemed to have been made by the authorized account holder of the e-mail address at the time of game play. “Authorized account holder” is the natural person who is assigned an e-mail address by an Internet Service Provider or other organization responsible for assigning e-mail addresses for the domain associated with the e-mail address in question.

This Game is subject to all applicable federal, state and local laws and regulations. All game plays become the property of the Sponsor and none will be returned. In the event more prizes are claimed than are intended to be awarded, Sponsor reserves the right, as applicable, to award the stated prizes in a random drawing from among all valid prize claims received. In no event will Sponsor be liable for more than the stated number of prizes for any prize level listed in these Official Rules. By submitting a game play or accepting a prize, all participants consent to the use of their names and/or photographs for publicity purposes without compensation, worldwide in perpetuity and in any form of media including the Internet, and consent to the collection, use and distribution of their personal information by the Sponsor for the purposes of running the Game. Sponsor will not sell or transmit this information to third parties except for the purposes of administering the Game, unless you agree otherwise. Released Parties shall have no liability and shall be held harmless for any damage, loss or injury to a participant or any third party resulting from participation in this Game due in whole or in part, directly or indirectly, by reason of (i) the acceptance, possession, use or misuse of any prize, (ii) administration of the Game, undelivered prize claims or other issues related to such claims or (iii) preparation for or participation in this Game or any related activity; (d) to waive all rights to claim or collect punitive, incidental, consequential or any other damages; (e) that all causes of action relating to this Game will be resolved individually without resort to any form of class action; (f) that any and all claims, judgments, or awards shall be limited to actual out-of-pocket costs incurred, excluding attorneys’ fees, and in no event will participant be entitled to receive attorneys’ fees, or any other costs.

If for any reason, the Game is not capable of being completed as planned including, but not limited to computer virus, bugs, tampering, fraud, technical failures, printing, administrative, or other causes, the Sponsor reserves the right, in its sole discretion to cancel or suspend this Game or to modify these Official Rules, without notice, at any time. Any attempt to deliberately damage any website or electronic communication or to undermine the legitimate operation of this Game is a violation of criminal and civil laws, and should such an attempt be made, Sponsor reserves the right to seek remedies and damages to the fullest extent permitted by law. In the event of any discrepancy or inconsistency between the terms and conditions of these Official Rules and disclosures or other statements contained in any Game-related materials, including but not limited to the Game registration form, or point of sale, television, print or online advertising, the terms and conditions of these Official Rules shall prevail, govern and control.

BINDING ARBITRATION: The parties waive all rights to trial in any action or proceeding instituted in connection with these Official Rules and/or this Game. Any controversy or claim arising out of or relating to these Official Rules and/or this Game shall be settled by binding arbitration in accordance with the commercial arbitration rules of JAMS. Any such controversy or claim shall be arbitrated on an individual basis, and shall not be consolidated in any arbitration with any claim or controversy of any other party. The arbitration shall be conducted in the State of California, in the City of Los Angeles and judgment on the arbitration award may be entered into any court having jurisdiction thereof. 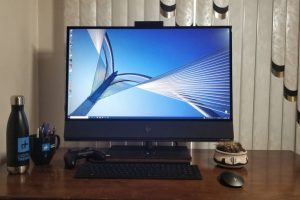 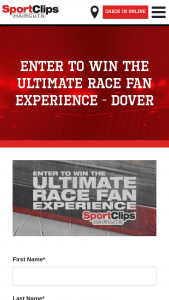 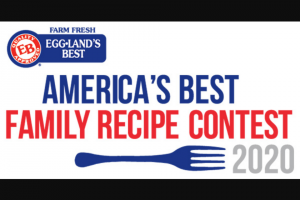 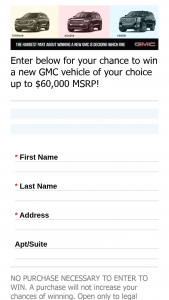 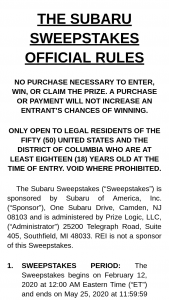 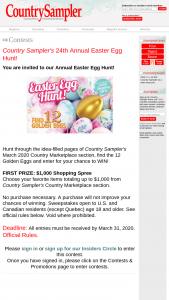 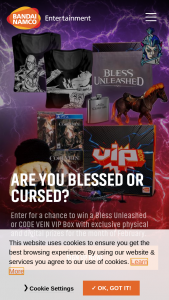 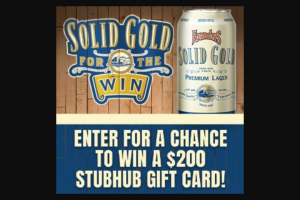 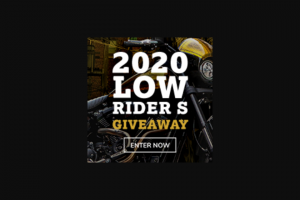 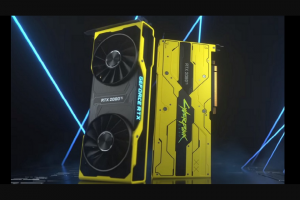 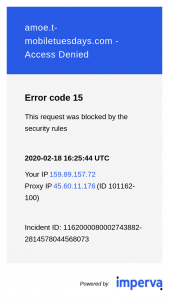 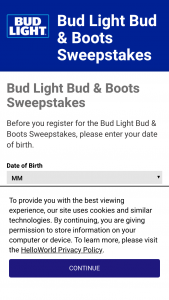 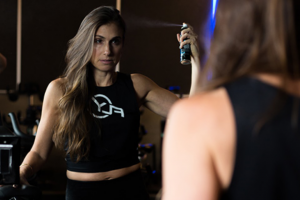 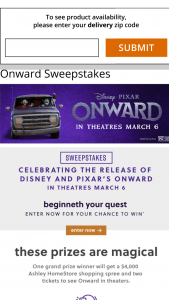