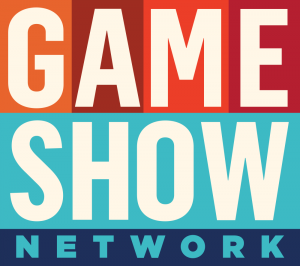 NO PURCHASE NECESSARY TO ENTER OR WIN. A PURCHASE WILL NOT IMPROVE YOUR CHANCE OF WINNING.

Eligibility: Only legal residents of the United States who are eighteen (18) years of age or older at the time of entry are eligible to enter. Those persons who are involved with the development, production or distribution of the Promotion, along with the officers, directors and employees of Sponsor, Sony Pictures Entertainment Inc., AT&T, DIRECTV and each of their respective parents, subsidiaries, divisions, and affiliates, (all such individuals and entities referred to collectively as the “Promotion Entities”), and the immediate family members of and those living in the same household (whether related or not) as any of the individuals in the preceding categories, and any person whose access to www.GSN.com, www.GSNTV.com and/or www.WorldWinner.com has been terminated or suspended, are not eligible to enter the Promotion or win a prize. This Promotion is void where prohibited.

How To Enter: To enter, visit the web site www.gsntv.com (the “Website”) during the Promotion Period and follow the instructions to play 1 Question Quiz (“IQQ”). Once you answer one (1) question (the “IQQ Question”) and complete an entry form with the information required, you will receive one (1) entry into the Weekly Drawing regardless of whether you answered the IQQ Question correctly. You can enter every day during the Sweepstakes Entry Period for up to seven (7) entries per week. All entries must be received by the end of the applicable Sweepstakes Entry Period in order to participate. All required information on the entry form must be completed to enter and be eligible to win.

The Website’s database clock will be the official time keeper for this Promotion. Entry must be made by the entrant, only as set forth herein. Entries made by any other individual or any entity, including but not limited to commercial sweepstakes subscription notification and/or entering service sites, will be declared invalid and disqualified for this Promotion. Tampering with the entry process or the operation of the Promotion, including but not limited to the use of any device to automate the entry process, is prohibited and any entries deemed by Sponsor, in its sole discretion, to have been submitted in this manner will be void. In the event a dispute regarding the identity of the individual who actually submitted an entry cannot be resolved to Sponsor’s satisfaction, the affected entry will be deemed ineligible. The Promotion Entities shall not be responsible for incorrect or inaccurate entry information whether caused by Internet users or by any of the equipment or programming associated with or utilized in the Promotion or by any technical or human error which may occur in the processing of the entries in the Promotion. The Promotion Entities assume no responsibility or liability for any error, omission, interruption, deletion, theft or destruction, or unauthorized access to, or alteration of entries.