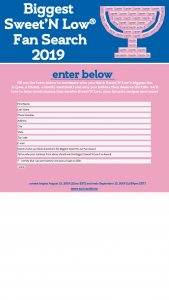 ENTRIES ARE FREE OF CHARGE. NO PURCHASE IS NECESSARY TO ENTER. PURCHASE WILL NOT INCREASE YOUR CHANCES OF WINNING. ODDS OF WINNING DEPEND UPON THE NUMBER OF ELIGIBLE ENTRIES RECEIVED BY SPONSOR. VOID WHERE PROHIBITED OR OTHERWISE RESTRICTED BY LAW.

By participating in the Sweet’N Low®’s Biggest Fan Search 2019 Sweepstakes (the “Promotion”), you agree to the terms of these official rules (these “Rules”). Please read these Rules carefully before participating. You must follow the directions provided within these Rules to be eligible to receive a prize in connection with the Promotion.

HOW TO ENTER: There are two (2) ways to enter the Promotion:
1. Online: Fill in all of the requested fields set forth on the entry form available at: http://shout.lt/bQZRk

2. Mail (Alternative Method of Entry): Mail an entry form that conforms to the entry specifications described above to: Sweet’N Low, 2 Cumberland Street, Brooklyn, NY 11205, USA. Included with your entry form must be a note that includes your full name, address, phone number, email, a written note confirming that the entry included is for Sweet’N Low’s Biggest Fan Search 2019 Sweepstakes, who your nominee is for the biggest and why they should win.

Regardless of the entry method used to enter the Promotion, in order to be a valid entry, the entry cannot violate these Rules in whole or in part. Sponsor reserves the right to reject any entry which, in Sponsor’s sole and absolute discretion, does not conform to these Rules.

ADDITIONAL ENTRY DETAILS: All entries (regardless of the entry method used to enter the Promotion) must be received by Sponsor prior to the end of the Promotion Period in order to be valid. Limit of ONE (1) entry per person. Multiple entries received from any person, account or email address beyond this limit will void all such additional entries. Entries generated by a script, macro or other automated means will be disqualified. Entries that are late, incomplete, illegible, inaccurate, garbled, corrupted, or unintelligible for any reason (including, but not limited to, computer or network malfunction or congestion) will be void and will not be accepted. In case of a dispute, an entry will be declared made by the authorized account holder of the e-mail address submitted with your entry. “Authorized account holder” is defined as the natural person who is assigned to an e-mail address by an Internet Access Provider, on-line service provider, or other organization (e.g., business, educational institution, etc.) that is responsible for assigning e-mail addresses for the domain associated with the submitted e-mail address. Entry constitutes permission (except where prohibited by applicable law) for Sponsor Entities (as defined below) and their respective designees to use or publicize entrant’s name, address (city and state of residence), photograph, statements, likeness, image, and/or voice (if provided by entrant) and Prize information (each as applicable) for advertising, promotional, trade, publicity, and/or any other purpose in any and all media or format now known or hereafter devised, throughout the world, in perpetuity, without limitation and without any additional compensation, consideration, permission, notification or approval to or from an entrant or a winner.
Failure to follow any instructions provided in these Rules may result in disqualification. Entries will not be acknowledged or returned. You are responsible for your costs of entering, including, without limitation, any applicable online access charges. The time of receipt of any valid entry shall be the time such valid entry becomes available to Sponsor. Sponsor’s computer shall be the official clock of the Promotion.

ELIGIBILITY: The Promotion is open only to legal residents of the fifty (50) United States and the District of Columbia who are twenty-one (21) years of age or older at the time of entry. Notwithstanding the prior sentence, the Promotion is void where prohibited or restricted by law, rule, or regulation. Officers, directors, and employees of Sponsor Entities, members of these persons’ immediate families (spouses and/or parents, children, and siblings, and their spouses, regardless of where they reside), and/or persons living in the same households as these persons (whether or not related thereto) are not eligible to enter or win the Promotion. As used herein, “Sponsor Entities” shall mean Sponsor and its parent, subsidiary, and affiliate companies, and administrative, advertising, and promotion agencies, and any other entity involved in the development, administration, promotion, or implementation of the Promotion.

Each Weekly Prize consists of the following (approximate Total Retail Value of $171):

The approximate Total Retail Value of all Prizes to be awarded in the Promotion is $1,517.00.

WEEKLY PROMOTION PERIODS: Each of the periods below is a “Weekly Promotion Period”:

GRANT OF RIGHTS: By submitting an entry, each entrant represents and warrants that he or she owns said entry and has the right to grant or transfer all of the rights in this paragraph (and these Rules) to Sponsor. In exchange for the opportunity to participate in the Promotion, each entrant herein grants to Sponsor the perpetual, royalty-free, worldwide, and irrevocable right to use, edit, alter, copy, reproduce, disclose, display, publish, prepare derivative works from, perform, distribute, exhibit, broadcast, or otherwise exploit the entry, in whole or in part, whether in connection with the Promotion or not, in any form, media or technology, now known or hereafter developed, including, without limitation, broadcast television, radio and the Internet, for any purpose whatsoever, including, but not limited to, advertising, promotion, entertainment and commercial purposes, without any payment to, or further authorization by, the entrant. Entrant further agrees that entrant will execute such further documents and instruments and take any further acts as Sponsor may reasonably request in order to effectuate these terms.

WAIVER OF LIABILITY/PUBLICITY RELEASE: By participating in the Promotion and submitting an entry, each entrant agrees to (i) be bound by these Rules, including all entry requirements, and (ii) release, discharge, and hold harmless Sponsor and the Sponsor Entities and each of their respective parents, affiliated companies, subsidiaries, officers, directors, employees, agents, licensees, distributors, dealers, retailers, printers, representatives and advertising and promotion agencies, and any and all other companies associated with the Promotion, and all of their respective officers, directors, employees, agents and representatives (collectively, “Released Parties”), from and against any and all injuries, liabilities, claims, damages, and/or losses arising out of or relating to, directly or indirectly, in whole or in part, entrant’s participation in the Promotion or the receipt, acceptance use, misuse, or possession of any Prize (or any portion thereof) received in the Promotion. By entering the Promotion, each entrant gives his or her express permission to be contacted by Sponsor by telephone, e-mail, and/or postal mail for Promotion purposes.
PRIVACY POLICY: Information collected in connection with the Promotion will be used in accordance with Sponsor’s Privacy Policy (http://www.sweetnlow.com/terms-of-service) and these Rules. In the event of any discrepancy between Sponsor’s Privacy Policy and these Rules, Sponsor’s Privacy Policy shall control and govern.

GENERAL CONDITIONS AND LIMITATIONS OF LIABILITY: Released Parties are not responsible for (i) lost, late, stolen, incomplete, illegible, inaccurate, undelivered, delayed, misdirected, or garbled entries or interrupted or unavailable network or other connections; (ii) misdirected, blocked, or delayed notifications; (iii) printing, typographical, or other errors appearing within these Rules, in any Promotion-related advertisements, or other materials; or (iv) any other errors, problems, or difficulties of any kind relating to or in connection with the Promotion, including, without limitation, errors or difficulties which may occur in connection with the administration of the Promotion, the processing of entries, or the announcement of the Prize or in any Promotion-related materials. Released Parties are also not responsible for any incorrect or inaccurate information, whether or not caused by Facebook users or others, tampering, hacking, or by any equipment or programming associated with or utilized in the Promotion. Released Parties are not responsible for injury or damage to participants’ or to any other person’s computer related to or resulting from participating in the Promotion. Persons who (i) tamper with or abuse any aspect of the Promotion or the Promotion’s official Facebook page, (ii) attempt to undermine the legitimate operation of the Promotion by cheating, deception, or other unfair playing practices, (iii) intend to annoy, abuse, threaten or harass any other entrant or any representative of Sponsor, or (iv) are in violation of these Rules, as solely determined by Sponsor, will be disqualified and all associated entries will be void. Any attempt to deliberately damage the content or operation of the Promotion is unlawful and subject to legal action by the Sponsor and/or its agents. Sponsor shall have the sole right to disqualify any entrant for violation of these Rules or any applicable laws relating to the Promotion and to resolve all disputes in its sole discretion. Released Parties (i) make no warranty, guaranty, or representation of any kind concerning any Prize (or any portion thereof) and (ii) disclaim any and all implied warranties. Sponsor’s failure to enforce any term of these Rules shall not constitute a waiver of any such term. All disputes will be resolved under the laws of the State of New York, without regard to its conflicts of laws principles, and the laws of the United States. All disputes arising out of or with respect to the Promotion or these Rules shall be heard exclusively in the state and Federal courts located in New York, New York. Entrants waive any claim to consequential, incidental, or punitive damages. Any claims, judgments, and awards shall be limited to an entrant’s actual out-of-pocket costs incurred (including costs associated with entering the Promotion but excluding any and all attorneys’ fees). Sponsor and its agents are not responsible for technical, hardware, software, or telephone failures of any kind, lost or unavailable network connections, fraud, incomplete, garbled or delayed computer transmissions, whether caused by the Sponsor, users or by any of the equipment or programming associated with or utilized in the Promotion or for any technical or human error which may occur in the processing of submissions which may damage a user’s system or limit a person’s ability to participate in the Promotion. Sponsor reserves the right, in its sole and absolute discretion, to suspend, cancel or terminate the Promotion (or any portion thereof) at any time. In the event of cancellation or termination, Sponsor may elect to identify winners and award Prizes by way of random drawing from among all non-suspect, eligible entries received up to the time of such cancellation or termination. Sponsor reserves the right, in its sole and absolute discretion, to modify these Rules (i) solely for clarification purposes and in a manner that does not materially affect the terms and conditions of the Promotion or (ii) in the event of any act, occurrence, or reason that Sponsor believes could corrupt the integrity, administration, or fairness of the Promotion. In the event of dispute as to the identity or eligibility of any potential winner, the winning entry will be declared made by the authorized account holder of the Facebook or other account used to enter the Promotion, provided he or she is eligible according to these Rules.

CAUTION: ANY ATTEMPT BY AN ENTRANT TO DELIBERATELY DAMAGE THE PROMOTION ENTRY WEBSITE OR UNDERMINE THE LEGITIMATE OPERATION OF THE PROMOTION MAY BE IN VIOLATION OF CRIMINAL AND CIVIL LAWS, AND SHOULD SUCH AN ATTEMPT BE MADE, SPONSOR RESERVES THE RIGHT TO SEEK REMEDIES AND DAMAGES (INCLUDING ATTORNEY’S FEES) FROM ANY SUCH ENTRANT TO THE FULLEST EXTENT OF THE LAW, INCLUDING CRIMINAL PROSECUTION.

FACEBOOK IS NOT A SPONSOR: Facebook, Inc. and its affiliates (“Facebook Parties) are not sponsoring, endorsing, or administering the Promotion in any way, and the Promotion is not associated with any Facebook Parties. The materials and information you provide to Sponsor will only be used for Sponsor’s promotional purposes. YOU HEREBY RELEASE ANY AND ALL FACEBOOK PARTIES FROM ANY AND ALL LIABILITY OF WHATEVER NATURE IN CONNECTION WITH THE PROMOTION. 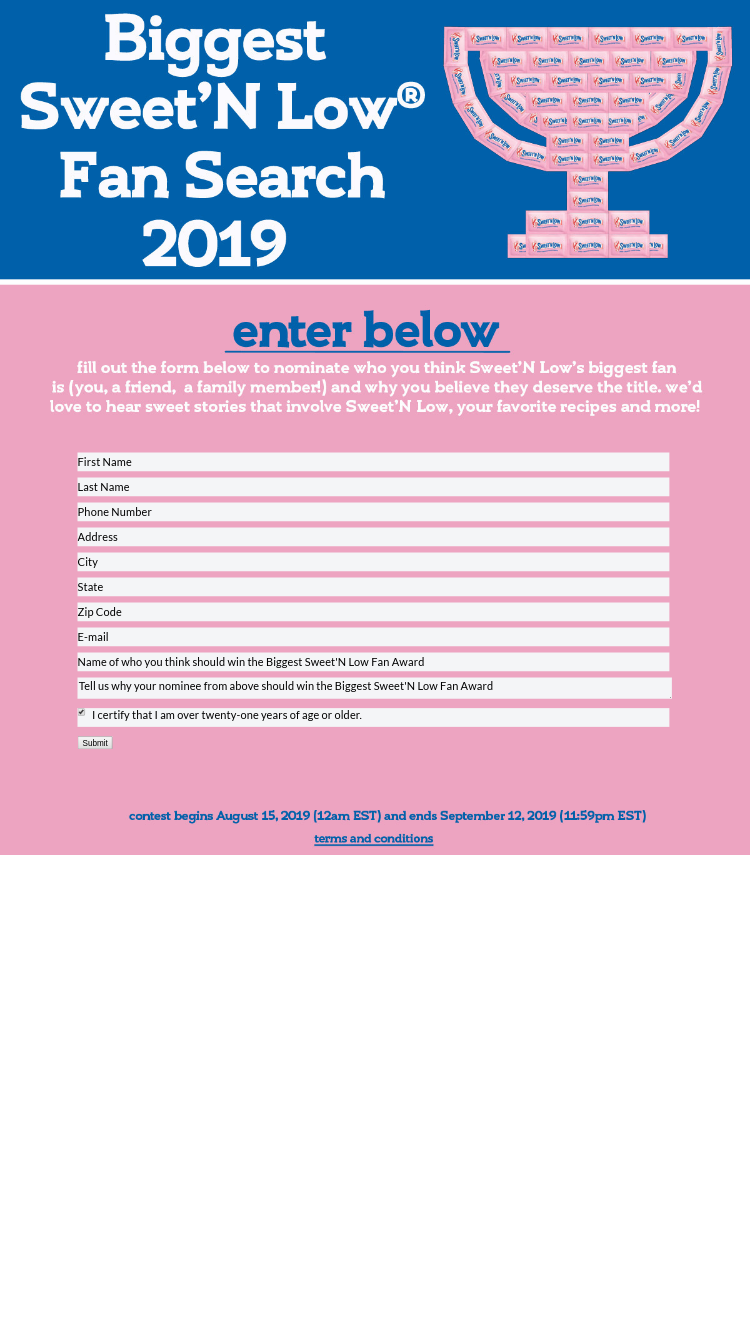 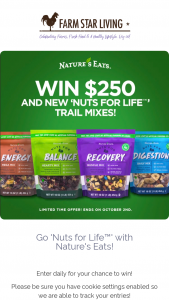 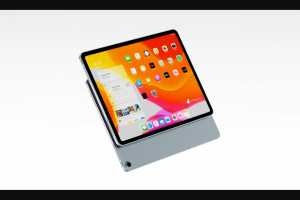 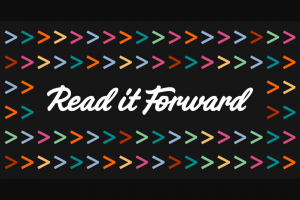 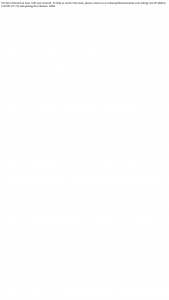 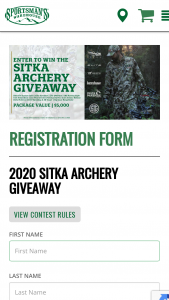 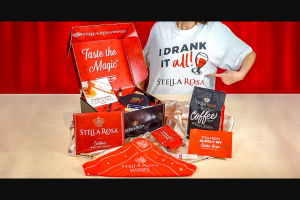 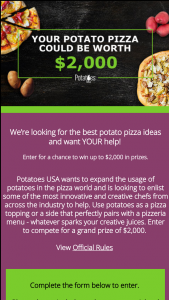 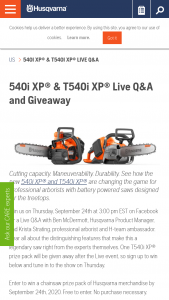 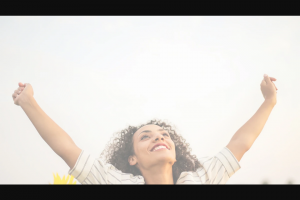 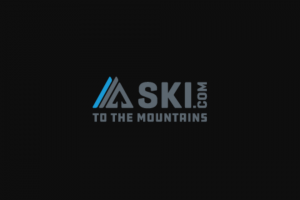 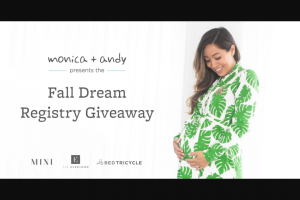 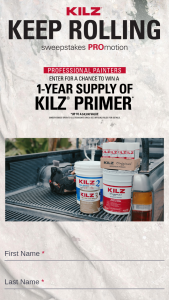 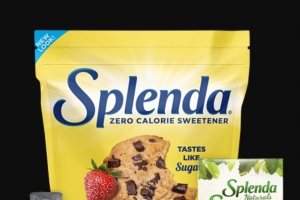 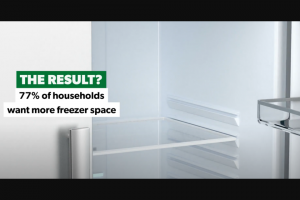 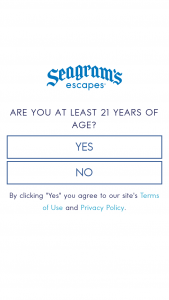 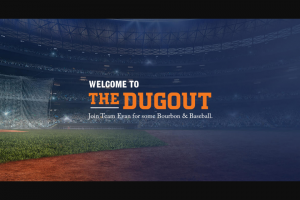