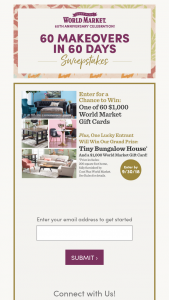 2) TIMING: The Promotion begins at 12:01 a.m. Eastern Time (“ET”) on 08/02/18 and ends at 11:59 p.m. ET on 09/30/18 (the “Promotion Period”). The Promotion Period consists of sixty (60) separate daily entry periods (each, a “Daily Entry Period”), wherein one (1) First Prize (as described below) will be randomly selected from among all eligible entries received at the end of each day of the Promotion Period and will culminate in a Grand Prize drawing wherein one (1) Grand Prize (as described below) winner will be selected from among all eligible entries received throughout the Promotion Period. Non-winning entries will roll over into subsequent Daily Entry Period drawings, if any. For the purposes of this Promotion, a day is understood to begin at 12:00 a.m. ET and end at 11:59 p.m. ET that same day.

3) HOW TO ENTER: During the Promotion Period, visit www.worldmarketsweepstakes.com and follow the provided instructions to complete and submit the online entry form to receive one (1) entry. Limit one (1) entry per person per day. You may only use one (1) email address to enter the Promotion. All entries must be received by 11:59 p.m. ET on 09/30/18 to be eligible. Entries received from any person or email address in excess of the above stated daily limitation will be void. All entries become the property of Sponsor and will not be acknowledged or returned. Entries generated by script, macro or other automated means and entries by any means which subvert the entry process will be void. In the event of a dispute as to who submitted an online entry, the authorized account holder of the email address used to participate will be deemed to be the entrant and he/she must comply with these Official Rules. The “authorized account holder” is the natural person assigned an email address by an Internet access provider, online service provider or other organization responsible for assigning email addresses for the domain associated with the submitted address. Multiple entrants are not permitted to share the same email address. Potential winners may be required to show proof of being the authorized account holder. If a dispute over the identity of an entrant cannot be resolved to Sponsor’s satisfaction, the affected entry(ies) will be disqualified.

4) WINNER SELECTION AND VERIFICATION: Potential First Prize winners will be selected in random drawings to take place on or about each Friday of the Promotion Period beginning on or about 08/10/18 from among all eligible entries received as of the end of each corresponding day of the Promotion Period during the previous week. On or about 10/4/18, one (1) Grand Prize winner will be selected in a random drawing from among all eligible entries received throughout the Promotion Period. All drawings will be conducted by Administrator, an independent judging organization, whose decisions are final and binding on all matters relating to the Promotion. Odds of winning a First Prize depend upon the number of eligible entries received by the end of the corresponding day of the Promotion Period. The odds of winning the Grand Prize depend on the total number of eligible entries received throughout the Promotion Period. Potential winners will be notified by phone, email and/or mail and potential winners must execute, have notarized and return an affidavit of eligibility/liability release, tax form and, where legal, a publicity release (collectively, the “Eligibility Documents”) within five (5) calendar days of date of issuance. If potential winners cannot be reached within two (2) calendar days from the first notification attempt, in the event of noncompliance within the above stated Eligibility Documents time period or with these Official Rules, or if prize notification is returned as undeliverable, prize will be forfeited and, at Sponsor’s sole discretion, an alternate winner may be selected for the applicable prize.

Gift Cards are subject to certain terms and conditions as specified by Sponsor. Except as otherwise stated herein, no substitution, assignment, cash equivalent or transfer of prizes is permitted, except by Sponsor, who reserves the right to substitute a prize with another prize of comparable or greater value, at its sole discretion. Total ARV of all prizes: $121,000. All prize details are at the sole discretion of the Sponsor.

6) TAXES AND EXPENSES: Winners are solely responsible for all federal, state, and local taxes and all other fees and expenses associated with prize acceptance and use not specified herein as being awarded.

7) CONDITIONS OF ENTRY: By participating, each entrant fully and unconditionally agrees to and accepts these Official Rules and the decisions of Sponsor and Judges, which are final and binding in all matters related to the Promotion. Sponsor reserves the right in its sole discretion to disqualify any individual it finds to be tampering with the entry process or the operation of the Promotion or to be acting in violation of these Official Rules, or in an unsportsmanlike or disruptive manner and void all associated entries.

8) GENERAL CONDITIONS: By participating, entrants consent to the use of their names, cities and states of residence, voices, and/or photographs and/or similar related information for promotional, advertising and other purposes in any and all media now or hereafter known throughout the world in perpetuity by Sponsor and its designees, without additional compensation, notification or permission, except where prohibited by law. Entrants agree to release and hold harmless Sponsor, Administrator, and their respective parent companies, affiliates, subsidiaries, divisions, suppliers, distributors, retailers, and advertising and promotion agencies, and all of their respective officers, directors, shareholders, employees, and agents (collectively, “Releasees”) from any claims, actions, injury, liability, loss or damage of any kind resulting from participating in this Promotion or from the acceptance or use or misuse of any prize awarded (including any travel/activity related thereto).

9) LIMITATIONS OF LIABILITY: Releasees are not responsible for: (i) technical failures of any kind, including but not limited to the malfunctioning of any computer, cable, network, hardware or software; (ii) the unavailability or inaccessibility of any transmissions or cable, satellite, telephone or Internet service; (iii) unauthorized human intervention in any part of the entry process of the Promotion; (iv) late, lost, undelivered, misdirected, delayed, damaged, inaccurate, garbled or incomplete entries, email addresses, or for any electronic, computer, printing, typographical, human or other error relating to or in connection with the Promotion, including, without limitation, errors which may occur in connection with the administration of the Promotion, the processing of entries, the announcement of the prizes, or in any Promotion-related materials (including these Official Rules); or (v) any injury or damage to persons or property, including but not limited to entrant’s computer, hardware, or software, which injury or damage may be caused, directly or indirectly, in whole or in part, from entrant’s participation in the Promotion. Sponsor reserves the right to cancel or modify the Promotion for any reason, including if bugs, virus, fraud, technical failures or any other factor impairs the integrity, administration or proper play of the Promotion, as determined by Sponsor in its sole discretion. In such event, Sponsor reserves the right to award the prizes in a random drawing from among all eligible, non-suspect entries received up to the time of such impairment.

10) ARBITRATION: Except where prohibited by law, as a condition of participating in this Promotion, entrant agrees that (1) any and all disputes and causes of action arising out of or connected with this Promotion, or any prizes awarded, shall be resolved individually, without resort to any form of class action, and exclusively by final and binding arbitration under the rules of the American Arbitration Association and held at the AAA regional office nearest the entrant; (2) the Federal Arbitration Act shall govern the interpretation, enforcement and all proceedings at such arbitration; and (3) judgment upon such arbitration award may be entered in any court having jurisdiction. Under no circumstances will entrant be permitted to obtain awards for, and entrant hereby waives all rights to claim, punitive, incidental or consequential damages, or any other damages, including attorneys’ fees, other than entrant’s actual out-of-pocket expenses (i.e., costs associated with participating in this Promotion), and entrant further waives all rights to have damages multiplied or increased.

11) CHOICE OF LAW: All issues and questions concerning the construction, validity, interpretation and enforceability of these Official Rules, or the rights and obligations of entrant and Sponsor in connection with the Promotion, shall be governed by, and construed in accordance with, the substantive laws of the State of California, USA.

12) RULES/WINNERS LIST: For the names of the winners, available after 10/12/18, or for an additional copy of these Official Rules, mail a self-addressed stamped envelope to: Cost Plus World Market 60 Makeovers in 60 Days Sweepstakes, 6547 Cahuenga Terrace, Los Angeles, CA 90068. Please specify “Rules” or “Winners List”. Requests must be received by 11/30/18. Vermont residents may omit return postage for “Rules” requests. You may also view these Official Rules at www.worldmarketsweepstakes.com. 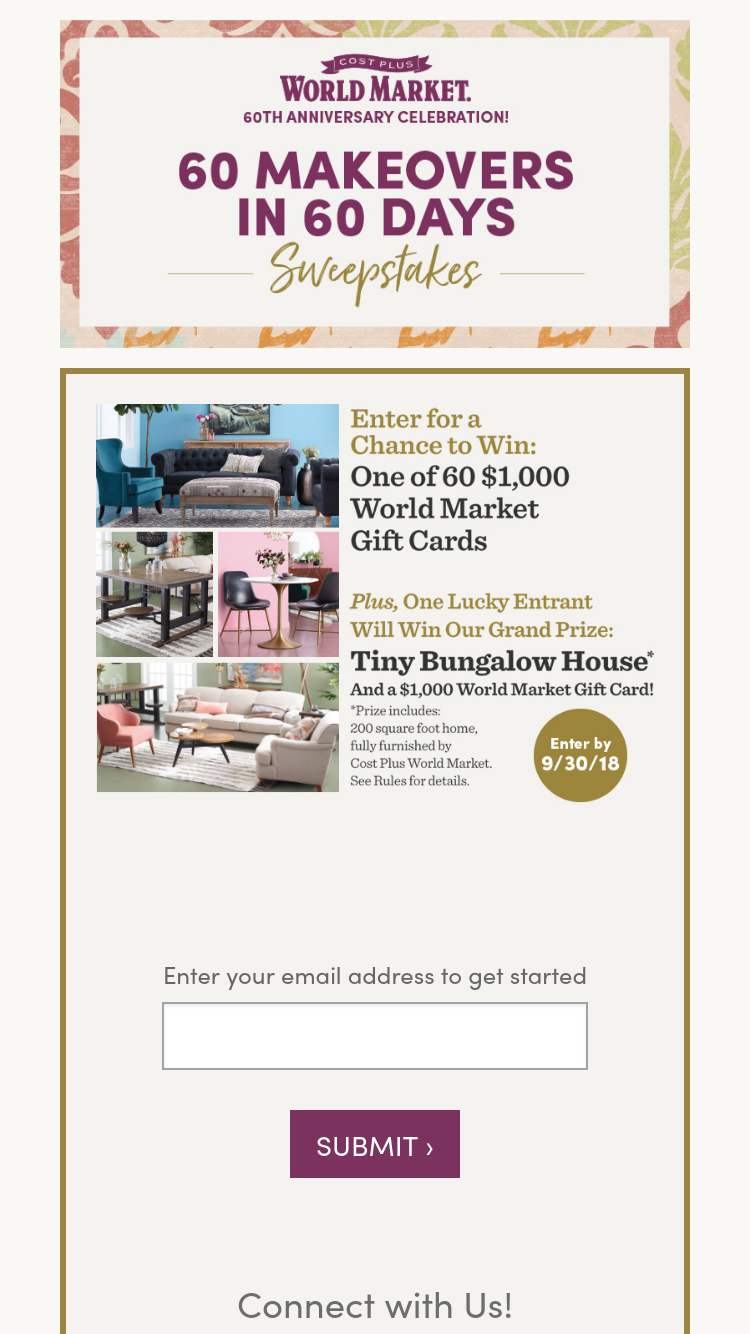 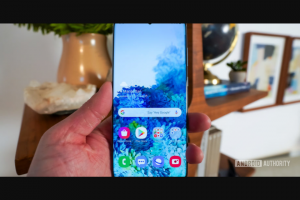 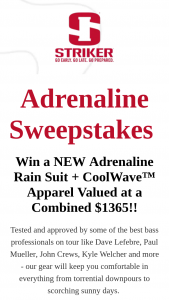 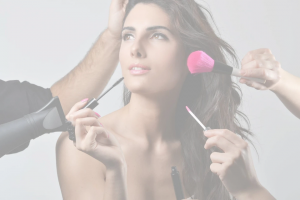 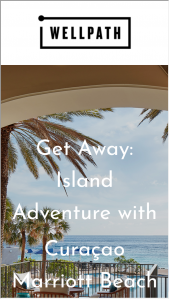 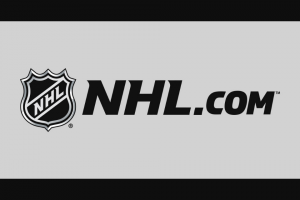 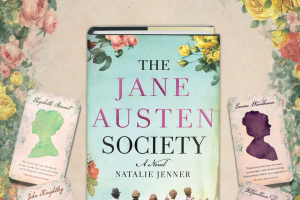 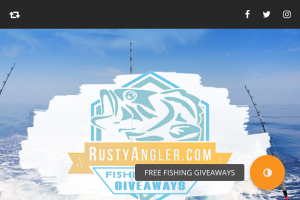 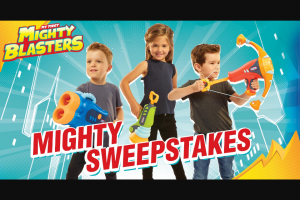 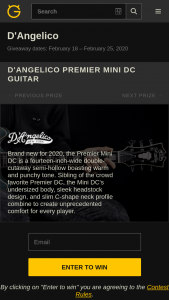 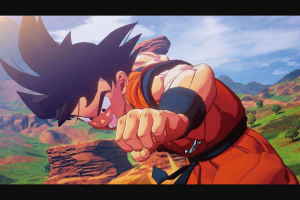 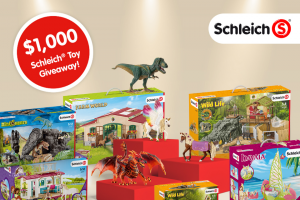 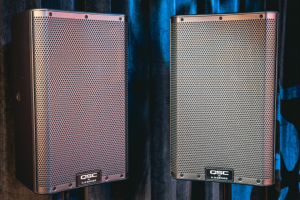 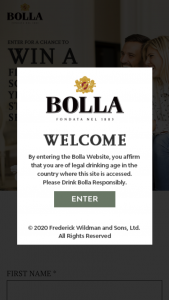 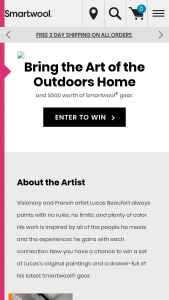 Ferguson Enterprises – Switch It Up – Win 1 of 4 prizes of a lighting fixture valued at $1,000 each
66 days left
Comment
Top