1. ELIGIBILITY
Coach Ariana Grande The Honeymoon Tour Giveaway is open only to legal residents of the fifty (50) United States (and the District of Columbia) and Canada, who are at least eighteen (18) years old at the time of entry
2.TIMING
The Sweepstakes begins on May 22, 2015 at 12:00 a.m. United States Eastern Time and ends on June 15, 2015 at 11:59 p.m. ET

3.HOW TO ENTER
During the Promotion Period, visit http://www.coach.com/arianagrandesweepstakes and
follow the links and instructions to complete and submit the registration form and select the concert you
would like to attend. You may only select a concert located in your country of residence. You
automatically will receive one (1) entry into the Sweepstakes drawing for the selected concert. Limit:
Each participant may enter one time during the Promotion Period. Multiple entrants are not permitted to
share the same email address. Any attempt by any entrant to obtain more than one (1) entry by using
multiple/different email addresses, identities, registrations and logins, or any other methods will void that
entrant’s entries and that entrant may be disqualified. Use of any automated system to participate is
prohibited and will result in disqualification. In the event of a dispute as to any registration, the authorized
account holder of the email address used to register will be deemed to be the entrant. The “authorized
account holder” is the natural person assigned an email address by an Internet access provider, online
service provider or other organization responsible for assigning email addresses for the domain
associated with the submitted address. Each potential winner may be required to show proof of being the
authorized account holder.
Tell A Friend Program: After you enter the Sweepstakes, you will be invited to submit the names and
email addresses of up to three (3) friends who must be eligible to enter the Sweepstakes. Each person
that you refer will receive an email notifying him or her about the Sweepstakes. You may only refer
persons with whom you have an existing relationship FOR CANADIAN REFERRALS – You may only
provide the names and email addresses of Canadian residents if you have a family or personal
relationship with them. By providing their names and email addresses, you are confirming that you have
such a family or personal relationship (or you are confirming that you are not providing any Canadian
residents’ names and email addresses). A “family relationship” means that you are related to the other
individual through a marriage, a common law partnership, or any legal parent-child relationship and have
engaged in direct, voluntary, two-way communication with that individual. A “personal relationship”
means that you engage or have engaged in direct, voluntary, two-way communications with the other
individual and it would be reasonable to conclude you have a personal relationship, taking into
consideration any relevant factors such as the sharing of interests, experiences, opinions and information
evidenced in the communications, the frequency of communication, the length of time since you have
communicated or whether you have met in person. If you do not have such family or personal relationship
with each Canadian resident, you may be found in violation of Canadian law and subject to fines and
penalties.

4.GRAND PRIZE DRAWINGS
Administrator is an independent judging organization, whose decisions as to
the administration and operation of the Sweepstakes and the selection of the potential winners are final
and binding in all matters related to the Sweepstakes. Administrator will randomly select the potential
Sweepstakes winners from all eligible entries received for each concert prize pool during the Promotion
Period, at approximately 12:00 p.m. ET on June 16, 2015 in Pleasant Ridge, MI, U.S.A. The potential
winners will be notified by mail, email or phone. Except where prohibited, each potential Grand and First
Prize winner (parent/legal guardian if a winner is a minor in his/her place of residence) will be required to
sign and return a Declaration of Compliance, Liability and Publicity Release, which must be received by
Administrator within three (3) days of the date notice or attempted notice is sent, in order to claim his/her
prize. If any potential winner is a Canadian resident he/she will be required to answer a time limited skill
testing question without assistance, in order to be eligible to receive a prize. Receiving a prize is
contingent upon compliance with these Official Rules. If a potential winner cannot be contacted, fails to
sign and return the Declaration of Compliance, Liability and Publicity Release or provide any other
requested information within the required time period (if applicable), fails to answer the skill-testing
question correctly (if applicable), or prize is returned as undeliverable, potential winner forfeits the prize.
In the event that a potential winner is disqualified for any reason, Sponsor will award the applicable prize
to an alternate winner by random drawing from among all remaining eligible entries. Up to three (3)
alternate drawings will be held, time permitting, after which the prize will remain un-awarded.
5.PRIZES
There are fifteen (15) concert prize pools, and the dates for each Ariana Grande concert are listed below.

• For All Prizes: Winners will receive tickets only and travel accommodations will not be included. Winners will need to pick up prizes at the Concert venue will call. The Sponsor is not responsible if the Concert is delayed, postponed or cancelled for any reason and winner will not be reimbursed for tickets. Seating and timing to be determined in the sole discretion of Sponsor. Tickets may be subject to Sponsor’s standard rain-check policies and procedures. By accepting ticket prize, winner agrees to abide by any terms, conditions and restrictions provided by the ticket. The Sponsor is not responsible if winner does not use ticket on day of Concert. Prizes are non-transferable and no substitution will be made except as provided herein at the Sponsor’s sole discretion. Sponsor reserves the right to substitute a prize for one of equal or greater value if the designated prize should become unavailable for any reason. Winners are responsible for all taxes and fees associated with prize receipt and/or use. Odds of winning a prize

depend on the number of eligible entries received during the Promotion Period.
• Total ARV for all prizes: $61,500 USD.
6.RELEASE
By receipt of any prize, winners agree to release and hold harmless Sponsor, Administrator, and their respective subsidiaries, affiliates, suppliers, distributors, advertising/promotion agencies, and prize suppliers, and each of their respective parent companies and each such company’s officers, directors, employees and agents (collectively, the “Released Parties”) from and against any claim or cause of action, including, but not limited to, personal injury, death, or damage to or loss of property, arising out of participation in the Sweepstakes or receipt or use or misuse of any prize.

7.PUBLICITY
Except where prohibited, participation in the Sweepstakes constitutes each winner’s consent to Sponsor’s and its agents’ use of winner’s name, likeness, photograph, voice, opinions and/or hometown and state or province for promotional purposes in any media, worldwide, without further payment or consideration.

8.GENERAL CONDITIONS
Sponsor reserves the right to cancel, suspend and/or modify the Sweepstakes,
or any part of it, if any fraud, technical failures, human error or any other factor impairs the integrity or
proper functioning of the Sweepstakes, as determined by Sponsor in its sole discretion and subject to the
approval of the Régie des alcools, des courses et des jeux. Sponsor reserves the right in its sole
discretion to disqualify any individual it finds to be tampering with the entry process or the operation of the
Sweepstakes or to be acting in violation of the Official Rules of this or any other promotion or in an
unsportsmanlike or disruptive manner. Any attempt by any person to deliberately undermine the
legitimate operation of the Sweepstakes may be a violation of criminal and civil law, and, should such an
attempt be made, Sponsor reserves the right to seek damages from any such person to the fullest extent
permitted by law. Sponsor’s failure to enforce any term of these Official Rules shall not constitute a
waiver of that provision.
9. LIMITATIONS OF LIABILITY
The Released Parties are not responsible for: (1) any incorrect or inaccurate
information, whether caused by entrants, printing errors or by any of the equipment or programming
associated with or utilized in the Sweepstakes; (2) technical failures of any kind, including, but not limited
to malfunctions, interruptions, or disconnections in phone lines or network hardware or software; (3)
unauthorized human intervention in any part of the entry process or the Sweepstakes; (4) technical or
human error which may occur in the administration of the Sweepstakes or the processing of entries; (5)
late, lost, undeliverable, damaged or stolen mail; or (6) any injury or damage to persons or property which
may be caused, directly or indirectly, in whole or in part, from entrant’s participation in the Sweepstakes or
receipt or use or misuse of any prize. If for any reason an entrant’s entry is confirmed to have been
erroneously deleted, lost, or otherwise destroyed or corrupted, entrant’s sole remedy is another entry in
the Sweepstakes, if it is possible. If the Sweepstakes, or any part of it, is discontinued for any reason,
Sponsor, at its discretion, may elect to hold a random drawing from among all eligible entries received up
to the date of discontinuance for any or all of the prizes offered herein. No more than the stated number
of prizes will be awarded. In the event that production, technical, seeding, programming or any other
reasons cause more than the stated number of prizes as set forth in these Official Rules to be available
and/or claimed, Sponsor reserves the right to award only the stated number of prizes by a random
drawing among all legitimate, un-awarded, eligible prize claims.
10. DISPUTES
Except where prohibited, entrant agrees that: (1) any and all disputes, claims and causes
of action arising out of or connected with this Sweepstakes or any prize awarded shall be resolved
individually, without resort to any form of class action, and exclusively by the United States District Court
for the Eastern District of Michigan (Southern Division) or the appropriate Michigan State Court located in
Oakland County, Michigan U.S.A.; (2) any and all claims, judgments and awards shall be limited to actual
out-of-pocket costs incurred, including costs associated with entering this Sweepstakes, but in no event
attorneys’ fees; and (3) under no circumstances will entrant be permitted to obtain awards for, and entrant
hereby waives all rights to claim, indirect, punitive, incidental and consequential damages and any other
damages, other than for actual out-of-pocket expenses, and any and all rights to have damages multiplied
or otherwise increased. All issues and questions concerning the construction, validity, interpretation and
enforceability of these Official Rules, or the rights and obligations of the entrant and Sponsor in
connection with the Sweepstakes, shall be governed by, and construed in accordance with, the laws of the State of Michigan, U.S.A. without giving effect to any choice of law or conflict of law rules (whether of the State of Michigan or any other jurisdiction), which would cause the application of the laws of any jurisdiction other than the State of Michigan. For Residents of Quebec Only: Any litigation respecting the conduct or organization of a publicity contest may be submitted to the Régie des alcools, des courses et des jeux for a ruling. Any litigation respecting the awarding of a prize may be submitted to the Régie only for the purpose of helping the parties reach a settlement.
11.WINNER LIST
For a winner list, visit http://bit.ly/1PvkFrS. The winner list will be posted after winner
confirmation is complete. 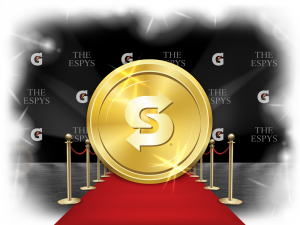 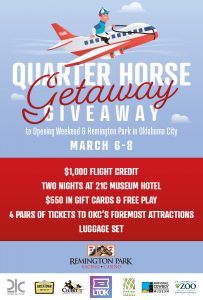 Ashley Homestore – Onward – Win a prize package including a $4,000 check to be used on Ashley HomeStore PLUS 2 tickets to see Onward
Expired
Comment
Comment 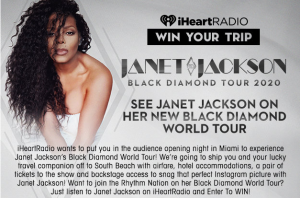 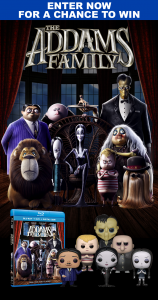 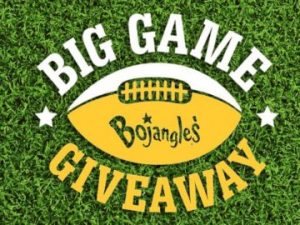 Bojangles’ Restaurants – Win a major prize of 2 tickets to the 2020 NFL Draft in Las Vegas, PLUS a $2,000 gift card OR 1 of 2 minor prizes
Expired
Comment
Comment 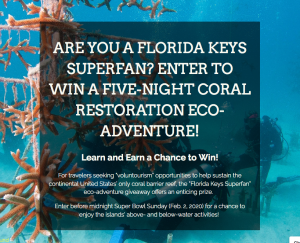 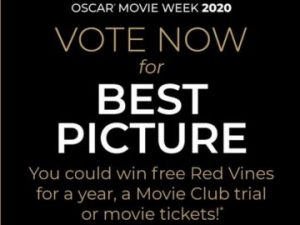 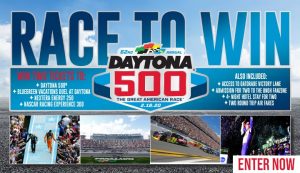 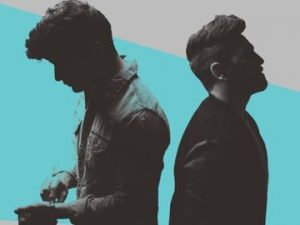 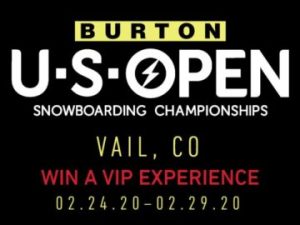 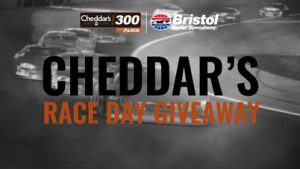